American singer, Robert Sylvester Kelly, a.k.a R-Kelly, pleaded to the Bureau of Prisons to let him out of solitary confinement while waiting for trial.

It was reported that the music star’s lawyers filed an emergency motion on Thursday, soliciting R-Kelly released from solitary confinement while awaiting trial on child pornography charges.

According to the lawyers, R.Kelly has been denied access to other humans in jail, hasn’t gotten sunlight since his confinement, limited access to emails and only gets to bath three times a week.

His lawyers said this in Pulse news that instead of moving him to a number of floors that are available outside of general population.

The Bureau of Prison moved Kelly to “the most restrictive floor,” in the Metropolitan Detention Center in Chicago where he is been held.

Recently, R.Kelly was hit with fresh sex crime charges by the court and has since been held in prison custody awaiting trial.

The Bureau of Prisons says R.Kelly’s solitary confinement is because of his celebrity status and the nature of the charges. 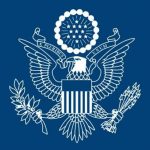 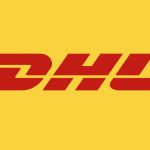