Federal prosecutors in Brooklyn on Thursday unveiled a new criminal charge against singer R. Kelly, accusing him of arranging to bribe an official as part of a scheme to recruit underage girls for sex.

The 52-year-old R&B singer, known for such hits as “I Believe I Can Fly” and “Bump N’ Grind,” was arrested in Chicago in July on separate sets of charges brought by federal prosecutors in Brooklyn and Chicago. He has pleaded not guilty.

The new charge came in an indictment unsealed in the Brooklyn case. Prosecutors said that in 1994, Kelly caused another person to offer a bribe to an official to create a fake identification document for a person identified by the pseudonym “Jane Doe #1.”

The indictment did not say whether the bribe was actually paid or the document created. It also did not accuse Kelly of sexually abusing Jane Doe #1.

A lawyer for Kelly could not immediately be reached for comment.

The singer, whose full name is Robert Kelly, is scheduled to go to trial in Brooklyn in May 2020. He has been jailed in Illinois since his arrest.

Kelly had denied abuse allegations for decades before the latest charges. In 2008, he was tried on child pornography charges and found not guilty.

The Brooklyn prosecutors have charged Kelly with racketeering, accusing him and his entourage of inviting women and girls backstage after concerts, keeping them from friends and family and making them dependent on him financially.

The Chicago prosecutors said Kelly had sexual contact with five minors and recorded sexually explicit videos of some of them. They also accused Kelly of obstructing justice by using threats and bribes, including payments of hundreds of thousands of dollars, to keep his victims quiet.

A trial in Chicago has been scheduled for April 27.

In addition to the two federal cases, Kelly is facing charges from state prosecutors in Illinois and Minnesota. He has pleaded not guilty to those charges as well. 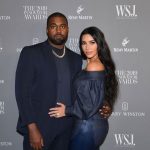 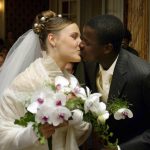