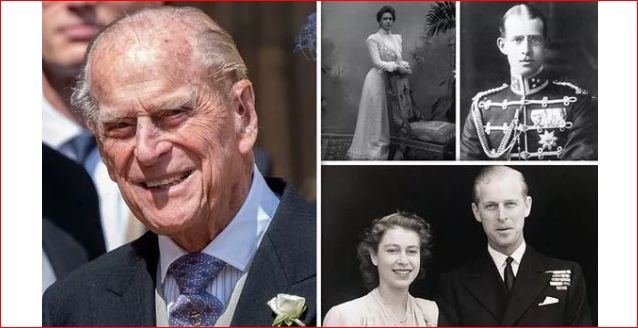 Queen Elizabeth II and Prince Philip were married for more than 73 years but their relationship stretched back ever further, and they were related through blood lineage.

Princess Elizabeth was only 21 years old when she married 26-year-old Lieutenant Philip Mountbatten on November 20, 1947.

However, they had known each other long before they got married.

They knew each other from childhood, having first met at the wedding of Princess Marina of Greece and Denmark and the Duke of Kent in 1934, when the Queen was just 7, and Prince Philip was 12.

Philip was born into the Greek and Danish royal families, his father Prince Andrew of Greece and Denmark and his mother Princess Alice of Battenberg. 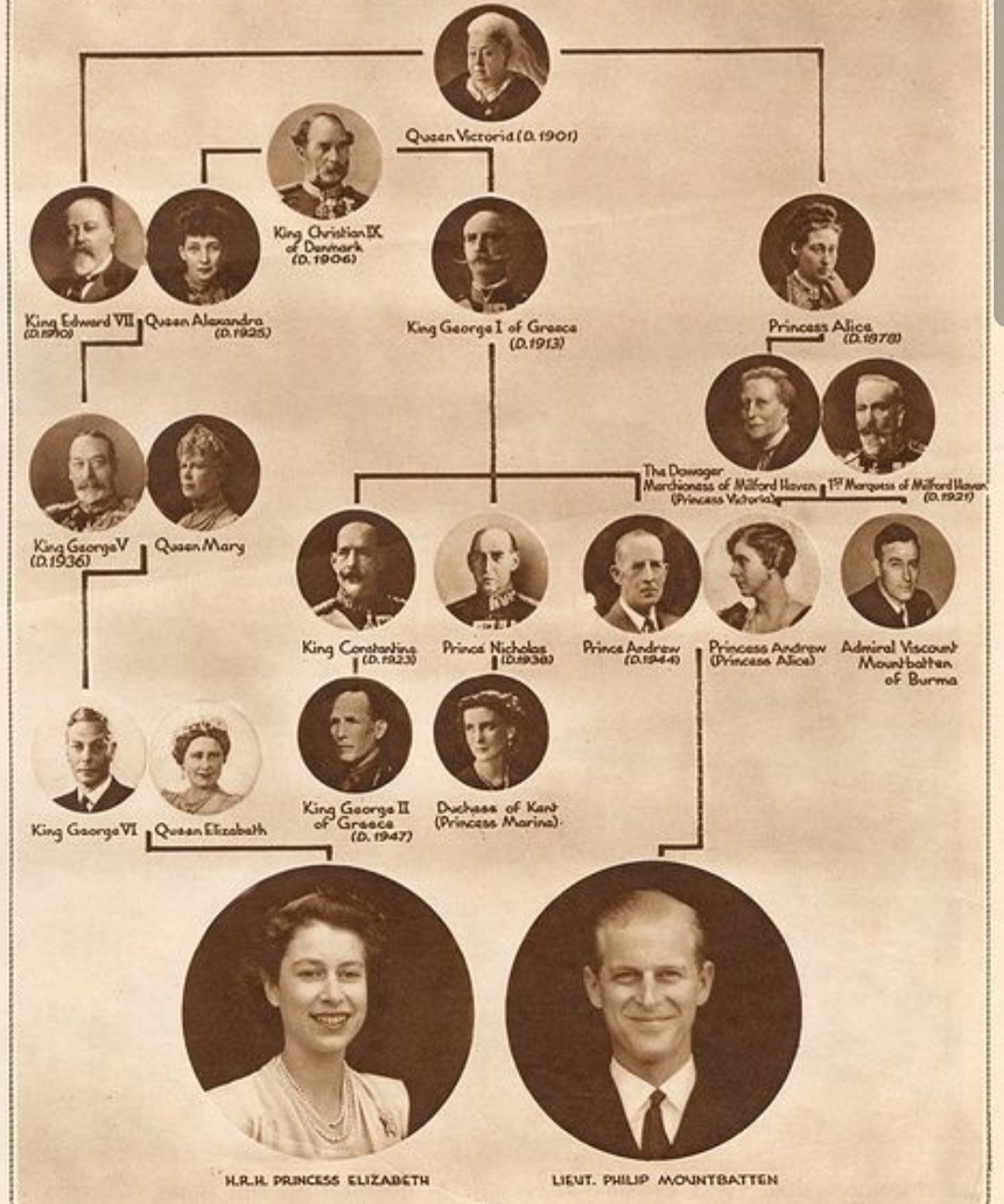 To become the Queen’s husband, Philip, who was sixth in line to the throne of Greece, had to renounce his Greek and Danish royal titles and become a naturalised British subject.

He adopted his maternal grandparents’ surname Mountbatten, and shortly before the wedding was given the titles Duke of Edinburgh,  Earl of Merioneth and Baron Greenwich.

In addition to both having Royal upbringings, they are actually related through blood lineage.

Through King Christian IX, Philip and Elizabeth are second-cousins once removed.

Through Queen Victoria, they are third cousins as they are both her great-great-grandchildren.

Queen Victoria had nine children, and most of them married into other royal families across the world. 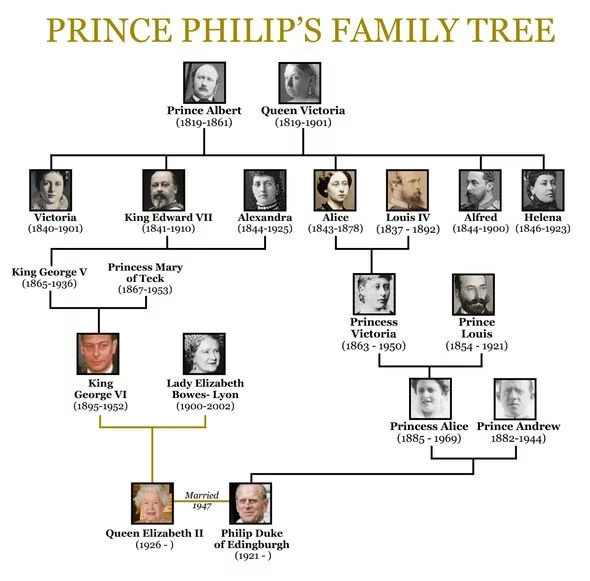 Though Queen Elizabeth II and Prince Phillip have known since they were kids, their first official meeting was in 1939, when King George VI brought his family to the Royal Naval College in Dartmouth, Devon.

The pair met a few more times and wrote one another letters, as Philip described: “We used to correspond occasionally.”

They remained married for 73 years until Prince Philip’s death last Friday, April 9, only 2 months away from his 100th birthday. 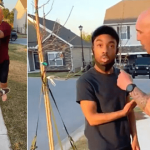 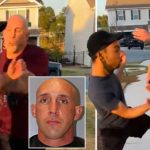