The Queen has bravely returned to work for the first time since her late husband Prince Philip’s funeral.

The monarch, 95, appeared all smiles as she held virtual audiences by video link from Windsor Castle 10 days after the memorial service of her late husband.

No longer dressed in a black mourning outfit, she rocked a pale blue floral dress that featured large purple, white and yellow flowers, with a three-string pearl necklace and a diamond brooch as outfit accessories.

She also received Her Excellency Sara Affoue Amani, the Ambassador of Cote d’Ivoire, during the virtual meeting.

It is the first time she has been seen undertaking her royal duties since the Duke of Edinburgh passed away peacefully in his sleep on April 9, aged 99.

A funeral was then held in St. George’s Chapel on April 17, attended by 30 of his closest friends and relatives. 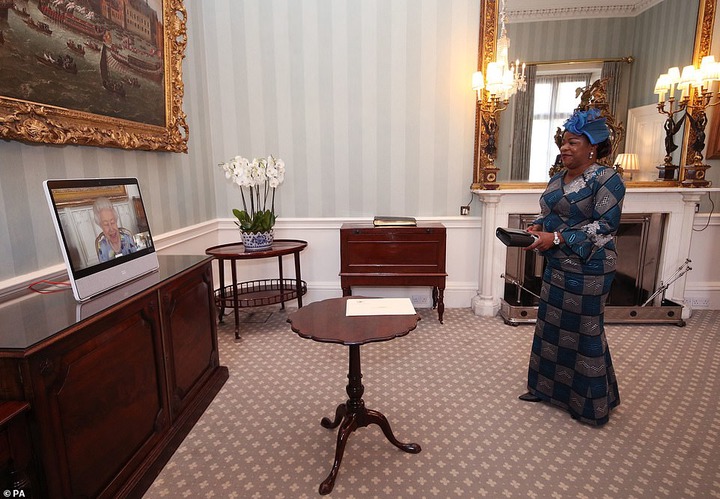 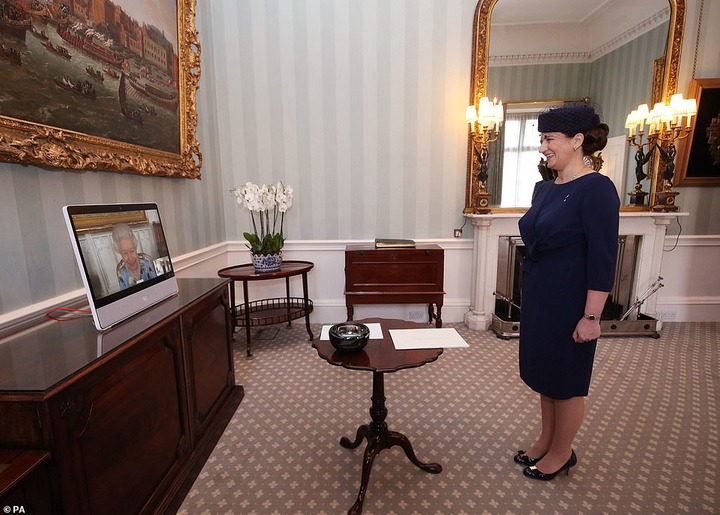