PRESIDENT Robert Mugabe has defied death prophesies by two Malawian prophets who last year made stunning predictions the near 92-year-old was not going to live beyond 2015.

First to strike was controversial Malawian Prophet Austin Liabunya who told his church during a new year cross over service in Lilongwe January 1, 2015

“Mugabe’s biological clock will not tick beyond this year”.

Following his death, Liabunya said, Zimbabwe was to be “restored” to be in the top five of the richest countries in Africa. In February 2015, another Malawian prophet, Apostle Kenneth Eagle of the holy Tabernacle Ministries in the capital Lilongwe, claimed the Zimbabwean leader and current AU chair would not escape the year alive.

“This is for Southern Rhodesia (present day Zimbabwe). I know there are great Prophets in Zimbabwe but my spirit is crying as am writing this,” Apostle Eagle posted on his Facebook page.

“Why the African political hero resting without Christ. It is not far when the flag of Southern Rhodesia will be pulled down for some days. This is the fall of a great King and his kingdom. I saw the African Union (AU) flag pulled down as a symbol of honor to their beloved leader.

“Viva …Viva, these were the final words spoken by many presidents as they were entering Zimbabwe. What’s happening in Zimbabwe?

“That was my question and angel of the Lord said this must come to pass soon, pray that it will not happen in a festive season. Then, I saw a better nation with much of economy fruitfulness.”

President Mugabe left the country for his annual leave in the Far East over a week ago showing no signs of imminent death. This has put to question most predictions by charismatic prophets who attempt to draw mileage through death prophesies around popular figures.

Mugabe, who is still showing astounding amount of life for a nonagenarian, has often scoffed at death speculations about him, insisting his God was the only one who knew about his death.

Liabunya, who previously has correctly predicted past occurrences in his country, made headlines 2014 when he successfully predicted that current Malawian leader Peter Mutharika was going to win his country’s presidential race. But his prophecy that Zambian opposition leader Hakainde Hichilema would emerge as the copper producing country’s new President fell flat when Edgar Lungu eventually won the poll last year. 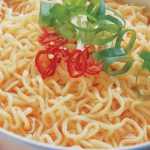