According to Variety, Sony Music Entertainment has promoted Sylvia Rhone to Chairman and CEO of Epic Records. Rhone will be in charge of Epic Records’ entire creative direction and management, supervising a roster of hit-making artists including Travis Scott, Future, Camila Cabello, 21 Savage, Meghan Trainor, DJ Khaled, and French Montana.

Since 2014, Rhone has served as President of Epic Records, overseeing projects such as Scott’s 2018 best-selling album “Astroworld,” Camila Cabello’s debut album “Camila,” and the smash single “Havana,” as well as music from Future, 21 Savage, and others.

“I am excited to continue my amazing journey at Epic Records supported by Rob Stringer’s vision and leadership,” stated Rhone. “Everything we do is a testament to our incredible artists who set the bar of the entire Epic culture, inspiring our dedicated executive team every day and enriching the legacy of this great label.”

Rhone began her career in 1974 with Buddah Records, a label best known for its Gladys Knight and the Pips albums.

Rhone attended the prestigious Wharton Business School at the University of Pennsylvania. On April 5, 2019, she got an honorary degree from Berklee College of Music in appreciation of her efforts as a pioneering female music executive who has led labels many times over her career. 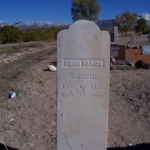 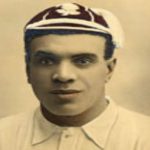