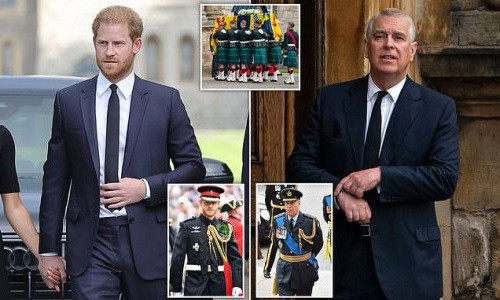 Prince Harry has reportedly been banned from wearing military uniform at the final vigil for Queen Elizabeth II at Westminster Hall.

Meghan Markle’s friend and preferred journalist Omid Scobie claimed that the Duke of Sussex – who has also seen military action by serving two tours of Afghanistan – has been banned from wearing his uniform at all ceremonial events during mourning for Her Majesty.

ALSO READ:  eSwatini: This is the Only African Country That Has Rejected Chinese Fund

‘I understand that, unlike Prince Andrew, Prince Harry will NOT be allowed to wear uniform at the final vigil in Westminster Hall. No doubt a huge blow for the Duke of Sussex, who served for 10 years and this morning spoke of the Queen being his ”commander-in-chief”’, he tweeted this afternoon.

However, Andrew, who stepped down from public life after the furore over his friendship with paedophile billionaire Jeffrey Epstein and later had his honorary titles stripped, will be wearing uniform for the final vigil around the Queen’s coffin during the lying in state in Westminster Hall on Wednesday.

The Queen will lie in state at Westminster Hall from Wednesday at 5pm until 6:30am Monday 19 September, the day of the state funeral.

A ceremonial procession is due to take place, which will see the Queen’s coffin travel from Buckingham Palace to the Palace of Westminster for the lying in state. Her coffin will be closed and will rest on a raised platform, called a catafalque, in the hall and will be draped in the Royal Standard with the Orb and Sceptre placed on top.

It will be guarded around the clock by a vigil of units from the Sovereign’s Bodyguard, the Household Division, or Yeoman Warders of the Tower of London.

Buckingham Palace has yet to confirm what time the vigil will take place and which royals will attend the event, though it is believed that it will take place before the late monarch’s lying in state opens to the public that evening. 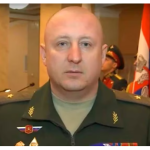