Prince Harry and his wife Meghan Markle concluded their Africa tour on Wednesday with the Duke praising the African spirit.

“I have often talked about Africa as my second home, and I’ve often been asked why I love it so much,” he said.

“Despite extreme hardship and ongoing challenges on so many levels, people are generous, they are strong, humble and incredibly optimistic.”

“I always feel – wherever I am on this continent – that the community around me provides a life that is enriching, and is rooted in the simplest things – connection, connections with others and the natural environment.

“And as I raise my own son, I want to make sure that what I’ve learned here – the value of the natural world, the value of community and friendship – is something that I can pass on to him,” said Harry, a grandson of Queen Elizabeth.

ALSO READ:  Prince Harry And Meghan Markle Labelled 'Fake' After It Emerged The House They Filmed Netflix Documentary Is Not Their Own Home
Loading...

With Meghan by his side, the prince, sixth in line to the British throne, told an audience of young entrepreneurs that he drew inspiration from Africans’ generosity and resilience.

“You are the changemakers, you are helping to grow your country’s prosperity by lifting those around you and offering a better future,” he said, to cheers.

He added that Africa’s embrace had helped him cope with the death of his mother, Princess Diana, as he and his wife Meghan championed job creation and entrepreneurship on the continent on the final day of their 10-day tour.

Striking a personal note, he said visiting Africa over the years had helped him come to terms with the death of Diana, who died in a car crash in Paris in 1997 at the age of 36.

“Ever since I came to this continent as a young boy, trying to cope with something I can never possibly describe, Africa has held me in an embrace that I will never forget, and I feel incredibly fortunate for that,” he said.

The Duke and Duchess of Sussex and their four-month-old son Archie arrived in South Africa on Sept. 23 on their first overseas tour as a family. Harry then visited Botswana, Angola and Malawi on his own, while his family stayed in South Africa. 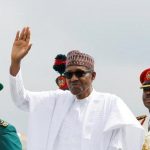 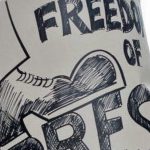