In an interview with Russia Todayin Arabic, one of the members of the delegation revealed that he had delivered a letter from his “boss” to the Russian Ministry of Foreign Affairs in which he expressed his point of view for a resolution of the Libyan crisis. According to Mohamed Al-Kailouchi, in his letter, Seif Al-Islam reaffirms its adherence to the latest roadmap presented by the UN special envoy for Libya, Ghassan Salamé. “He supports the holding of a national conference of all Libyans without exclusion, far from all external interference,” said Al-Kailouchi, saying the French and Italian initiatives were ineffective. The man who had a long meeting with Mikhail Bogdanov also stressed the need for national reconciliation and said that “elections are the only way out of the impasse”.

According to reliable sources, Saif al-Islam pleads his cause in prospect of the presidential election that the international community wants it to be held in June 2019. With his missive, the son of Muammar Gaddafi establishes contacts with Russia to that it weighs all its diplomatic weight in the roadmap drawn by the UN for a way out of the crisis.

” Saif al-Islam supports,”  said Mohamed Al Kailouchi in an interview with the Arabic-language site “Russia Today”, the holding of a national conference of all Libyans without exclusion, far from any outside interference “to try to get out, by a national reconciliation followed by elections, Libya the crisis in which it is plunged.

Saif al-Islam Kadhafi will be a candidate for the Libyan presidential election:  “He will be inscribed on the lists as soon as they are open. The Libyan people have the right to choose, “as his lawyer Khaled al-Ghouwail confirms in a press conference with the Russian media. 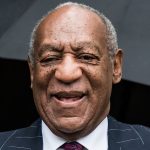 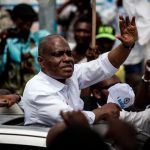