Copies of a Vladimir Putin calendar have been “selling like hot cakes” in the UK.

Some media outlets in Russia are claiming that a 2018 calendar showing President Vladimir Putin in various poses “sold out in a few hours” when it was put on sale in the United Kingdom.

The website of Russian newspaper Izvestia claims the Vladimir Putin calendars are “suddenly fashionable” in the UK.

“There are no calendars anymore. They were all bought out in just a few hours,” it says.

Moscow’s TV5 said the calendar was “selling like hot cakes in Great Britain, where it became popular with buyers almost immediately”, but it did state that only the online vendors were calling it a bestseller.

“Reviewers of the merchandise are in awe of the Russian president’s way of life and suggest that buyers share the positive emotions,” one newsreader said.

But the stories are hardly full of praise. The Daily Star branded the series of photos “hilarious” and called the Russian leader “Vladimir Poutin'”. 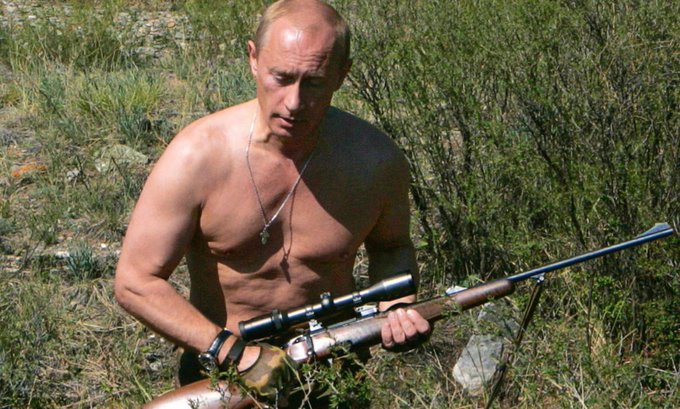 None of the features in the British press makes any claims about how well the calendar is selling.

We contacted 10 of the UK’s biggest sellers of calendars – none of them is stocking the calendar.

The calendar is, however, available from various vendors on eBay and Amazon – none based in the UK.

The largest seller is based in Voronezh, Russia.

Between them, the vendors have sold a few hundred copies – and we don’t know if all of those customers were from the UK.

To put that in context, UK retailer Calendar Club expects to sell about four million calendars this year.

Most of the Russian coverage homes in on a report on the 360TV news website.

Headlined with the very definitive “The British bought all the calendars with pictures of Putin on the hunt”, it cites the Daily Mirror as the source for its claim.

“We really have to do something with this mass inferiority complex,” the tweet says. “You can’t want praise from foreigners so desperately and make it up if you’re not praised.

The calendar appears to be the work of a printing house in St Petersburg. It’s not known if it comes with the official seal of approval.