Zimbabwe’s President Emmerson Mnangagwa took his election campaign to Chinhoyi, his predecessor’s hometown Tuesday, where he appealed for unity in the ruling party before the July 30th general election. Robert Mugabe did not attend the rally, and in fact has been completely absent from the campaign.

In his slightly more than one-hour long speech, President Emmerson Mnangagwa did not mention his predecessor Robert Mugabe. That was surprising only in the fact that Chinhoyi, located 120 kilometers northwest of Harare, is Mugabe’s hometown.

Mnangagwa took power last November after the military forced Mugabe to step down after 37 years.

Since his ouster, Mugabe has largely remained out of the public eye except for one time, when he gave an interview to some foreign journalists at his home and said Mnangagwa had taken power through a coup.

On Tuesday, Mnangagwa predicted that good times are ahead, if the country stays under ZANU-PF rule.

“Zimbabwe becomes a new jewel of Africa, where everybody shall rush to Zimbabwe,” he said. “Zimbabwe shall again be a shining star on the continent. And for that to happen it is ourselves working together, peacefully, united as a people, but under the banner of ZANU-PF.”

He also said ZANU-PF wants a peaceful, transparent and credible election. That would be a sharp contrast to Mugabe, who Western governments and human rights groups accused of rigging multiple elections through ballot box manipulation and violence.

The opposition says more rigging may be in store.

On Tuesday, Mnangagwa’s his main opponent, Nelson Chamisa of the Movement for Democratic Change Alliance, said the Zimbabwe Electoral Commission has yet to furnish his party with the voters roll, a copy of the election ballot, or even the type of ballot paper to be used in the July 30 election.

He said the party will take up these matters with the Southern African Development Community.

“In fact we are writing to SADC requesting an extraordinary summit of SADC to deal with this dispute, this stalemate. We cannot possibly have an election if we do not know where the ballot paper is, who has printed the ballot paper,” he said.

On Monday, the chairperson of the Zimbabwe Electoral Commission said issues the opposition is raising “were now water under the bridge.”

The impasse may be setting a tone for another disputed election, the kind Zimbabwe saw all too often under Mugabe’s long rule. 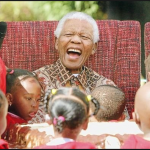 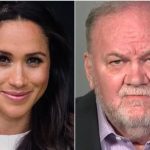