A former Managing Director of Nigerian Breweries Limited, Mr. Festus Odimegwu and a former presidential candidate, Prof. Pat Utomi, are among the ministerial nominees that have been screened by the Department of State Service, The PUNCH learnt authoritatively on Sunday.

former Managing Director of Nigerian Breweries Limited, Mr. Festus Odimegwu and a former presidential candidate, Prof. Pat Utomi, are among the ministerial nominees that have been screened by the Department of State Service, The PUNCHlearnt authoritatively on Sunday.
Those already said to have been screened as nominees for President Muhammadu Buhari’s cabinet also include a former Governor of Osun State, Olagunsoye Oyinlola; and a Lagos-lawyer, Femi Falana (SAN).

The PUNCH learnt that the screening of the nominees had been concluded on Friday. Buhari had last week at a press briefing in Accra, Ghana, that he would name members of his cabinet this month.

Our correspondents gathered that some of the nominees had appeared before the DSS.

None of the names on the list however confirmed that they had been screened when our correspondents contacted them on Sunday.

It was gathered that they had been instructed not to leak details of their screening to the media.‘‘What was done was not physical screening but mainly background checking,” one of the already-screened nominees told one of our correspondents late on Sunday.

Multiple sources within the All Progressives Congress told our correspondent on Sunday that Falana was favoured by a camp in the party to emerge as the Minister of Justice and Attorney-General of the Federation.

Tinubu and Osinbajo were said to have told Buhari that appointing Falana, who he jailed over 30 years ago, would boost his image as a ‘converted democrat.’

It was, however, learnt that Malami was being favoured by the President.

A source within the party added power blocs within Falana’s home state, Ekiti, might not be disposed to the choice of the human rights lawyer because he is not a member of the APC.

An APC top official said, “Falana has already been screened by the DSS. However, Buhari is closer to Malami who is from the North.”

Sources within the party also told our correspondent that Utomi, a renowned economist and former presidential candidate of the African Democratic Congress, had been screened by the DSS and the police.

Utomi, who is now a member of the APC, was one of biggest critics of former President Goodluck Jonathan’s government.

Sources within the party told our correspondent that Tinubu convinced Buhari to appoint Edun based on his antecedents.

He said the Chairman of the Federal Inland Revenue Service, Babatunde Fowler, Edun and Utomi might be given the task of reviving the economy.

A source said, “Oil prices are dwindling and Nigeria will need to diversify but in the short term, increasing the nation’s Internally Generated Revenue is the key. Tinubu explained to Buhari that when former President Olusegun Obasanjo withheld Lagos State allocations, Edun and Fowler helped to ensure that the state’s IGR increased exponentially.’’

It was learnt that Odimegwu, was nominated by the President.

Odimegwu fell out with former President Goodluck Jonathan when he openly criticised the Federal Government. He had resigned and then travelled to the United States.

Two weeks to the March 28 presidential election, however, Odimegwu openly supported Buhari and called him ‘the best man for the job.’

Oyinlola, a one-time secretary of the Peoples Democratic Party, defected to the APC shortly before the Osun State governorship election and he is a close associate of Obasanjo.

Repeated calls made to the telephones of Odimegwu and Utomi were not responded to.

One of the nominees who picked his call, simply said, “I don’t know if screening has been done or completed.”

Another nominee, who pleaded anonymity, said, “Although I have met the director-general of the DSS twice, I don’t think such visits could be regarded as screening.

He said, ‘‘To the best of my knowledge, I have not been called. May be they called others, not me.”

The former governor, however, said he was one of the nine persons, whose names were submitted to Governor Rauf Aregbesola – as a ministerial nominee – having been picked by his senatorial district.

The PUNCH learnt that the report of the DSS screening would be sent to the President this week.

A top DSS operative, who confided in The PUNCH, said the agency had conducted extensive checks on the nominees, including their financial transactions and their records with the Economic and Financial Crimes Commission and the police.

The Special Adviser (Media) to the President, Femi Adesina, had on Wednesday told The PUNCH that security screening “is naturally a behind-the-scenes matter.”

The DSS could not be reached for comment on Sunday as it had yet to appoint a spokesperson.

The PUNCH had on Thursday exclusively reported that the DSS had commenced the screening of ministerial nominees sent to it by the President. 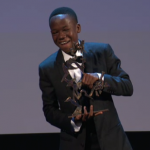 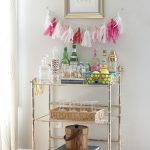