Pope Francis hailed Iraq as a “cradle of civilisation” on Friday, the first day of a “long-awaited” trip to the country aiming to encourage its dwindling Christians and deepen dialogue with its Muslims.

The 84-year-old pontiff landed in Baghdad on Friday afternoon in the first papal visit to the country, where he was greeted by Iraqi President Barham Saleh at the latter’s palace.

“Iraqis feel proud of your Holiness, as you are among them a cherished, gracious guest despite the difficult circumstances our country is going through,” said Saleh.

Pope Francis also called for an end to extremism and violence in his opening address Friday on the first-ever papal visit to Iraq, long scarred by war and now gripped by coronavirus.

“May there be an end to acts of violence and extremism, factions and intolerance!” urged Francis in the stirring address, his first after arriving in Iraq.

ALSO READ:  Pope Francis to Donald Trump: 'You Cannot Reject Refugees And Call Yourself A Christian'!!

Francis landed in the afternoon at Baghdad’s International Airport, where he was greeted by Prime Minister Mustafa al-Kadhemi, as well as groups showcasing Iraq’s diverse folklore music and dance.

He then met with President Barham Saleh — who had extended the official invitation to the pontiff in 2019 — as well as other government and religious figures.

At the imposing presidential palace, the head of the world’s 1.3 billion Catholics gave a moving address, stressing the deep roots of Christianity in Iraq.

“The age-old presence of Christians in this land, and their contributions to the life of the nation, constitute a rich heritage that they wish to continue to place at the service of all,” said Pope Francis.

He also urged Iraqi officials to “combat the scourge of corruption, misuse of power and disregard for law,” in a country consistently ranked one of the most graft-tainted by Transparency International.

ALSO READ:  Trump And His Allies Have Won Zero Out Of 21 Election Fraud Lawsuits They've Filed Since Election Day

“Here, among so many who have suffered, my thoughts turn to the Yazidis, innocent victims of senseless and brutal atrocities,” he said.

Just like Iraq’s Christian population, the esoteric Yazidi community was ravaged in 2014 by the Islamic State group’s sweep over much of northern Iraq.

– ‘Victory’ over death –
The trip is the pontiff’s first travel abroad since the coronavirus pandemic, which had left him feeling “caged” in Vatican City — and it has been hailed as a bold choice.

Iraq endured decades of war, is still hunting for IS cells and is now facing a second spike of Covid-19 infections, with more than 5,000 new cases and dozens of deaths daily.

Authorities have imposed a full lockdown through the papal trip, which means Francis will not be greeted by massive crowds of believers like on other foreign trips.

The Pope has been vaccinated and was seen taking off his mask on Friday to speak with officials and religious figures in Baghdad, just days after Iraq launched its modest inoculation campaign.

“I’ll try to follow directions and not shake hands with everyone, but I don’t want to stay too far,” Francis said ahead of his arrival.

He was also seen walking with a slight limp, likely a result of a painful bout of sciatica that he has suffered this year.

Inside the country, he will travel more than 1,400 kilometres (870 miles) by plane and helicopter, flying over areas where security forces are still battling IS.

For shorter trips, Francis will take an armoured car on freshly paved roads lined with flowers and posters welcoming him warmly as “Baba al-Vatican”.

He will address the faithful later on Friday afternoon at the Our Lady of Salvation Church in Baghdad’s commercial Karrada district, where attendance has been restricted to allow for social distancing.

In 2010, Islamist militants stormed the church and killed 44 worshippers, two priests and several security force personnel in one of the bloodiest attacks on Iraq’s Christians.

Now, stained-glass windows at the church bear the victims’ names and a defiant message above the altar reads, “Where is your victory, oh death?”

– Meeting ‘revered’ Sistani –
The pope has insisted on going ahead with the visit despite resurgent violence, including rocket attacks that have left three people dead in recent weeks.

On the eve of Francis’s arrival, one shadowy group that claimed a recent rocket attack said it would “halt all military activity” during his visit.

The pope’s determination to travel to areas long shunned by foreign dignitaries has impressed many in Iraq — as has his planned one-on-one with the top authority for the country’s Shiites.

The reclusive but highly revered Grand Ayatollah Ali Sistani, 90, will host the Pope at his humble home in the shrine city of Najaf.

The meeting will be a major step in deepening ties to Shiite Muslims, who are majority in Iraq but a minority globally.

“Despite a broad shift away from religion around the world, the reverence for Sistani is unmoved,” said Marsin Alshamary, a Brookings Institute research fellow.

Banners all over Najaf have celebrated “the historic encounter, between the minarets and the church bells”.

Francis, a major supporter of inter-religious dialogue, will then hold an interfaith service at the desert site of Ur, where Abraham is thought to have been born. 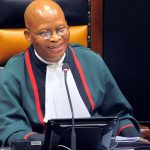