Just when I thought there was one person in public life that soared effortlessly and admirably above the incessantly ugly partisan trash-talk that pervades every second of American airspace these days, Mrs Obama has let me down.

And frankly, she has let herself down too.

Appearing on last night’s Jimmy Fallon show, Michelle inexplicably decided to plunge the bitchy knife firmly into the back of her successor as First Lady, Melania Trump.

The attack came after Fallon showed her a photo of her and husband Barack boarding Air Force One for the last time after Donald Trump’s inauguration in January 2017.

ALSO READ:  List Of Smallest Countries That Have Ever Qualified For World Cup - Iceland tops with 335,000 estimated population.

‘Can you just walk me through…,’ said Fallon.

But before he could even finish the question, Michelle interrupted with a sneering: ‘Bye Felicia!’

Fallon collapsed with laughter and the audience whooped with joy.

And wherever she was, Melania Trump must have winced with anger and humiliation.

The phrase ‘Bye Felicia’ is an intensely derogatory one.

A local girl named Felicia who annoys the neighbourhood with her constant begging, and shameless attempts to live off others, annoys Craig.

When she asks if she can borrow his car, and a marijuana joint, he point blank refuses, then looks away and says simply ‘Bye, Felicia’ in a dismissive tone.

The phrase is now widely used, especially on social media, as an ice cold ‘kiss off’ for unpleasant people who you want to avoid.

It means, depending on which dictionary you refer to, a variant on: ‘I’m done with you, I have no interest in you, or anything you have to say.’

It’s specifically designed to cause hurt to the recipient.

Michelle Obama likes to pride herself as being street-wise and down with the kids, so will have known all this when she said it.

She is a very smart woman too, so she will have also known that ‘Felicia’ is a very similar phonetic name to ‘Melania’, so it would be very obvious to whom she was referring.

This slur would be bad enough, but Michelle wasn’t finished there.

Talking of the stress of that Inauguration day, she said: ‘Then the Tiffany’s box..’ and crunched her face into an expression of withering theatrical bemusement.

She was referring to the expensive picture frame gift that Melania gave her outside the White House.

And for a second time, Melania was being humiliated on national television, for the apparent crime of giving her predecessor as First Lady a nice gift.

A similar gift, incidentally, to the one Michelle Obama handed Laura Bush on the same steps on Barack’s inauguration day, so why all the faux surprise and ‘confusion’ when Melania did the same to her?

I’ve met Michelle Obama, once, and found her a delightful person – warm, friendly and highly personable.

They’re two very different women, but they have shared the rare experience of being First Lady.

And I think most dispassionate observers would say that they have both been excellent at executing one of the world’s most difficult, goldfish bowl roles.

Every move they make, every word they speak, every dress they wear, is exposed to intense global scrutiny, comment and criticism.

It must be a relentlessly intrusive and stressful existence, and I applaud them both for doing it with a touch of class, elegance and dignity.

You can hate Barack Obama, but still admire the way his wife Michelle conducted herself during her time at the White House.

Just as you can hate Donald Trump and still admire his wife Melania for the way she is conducting herself, perhaps even more so given she has had to endure massively more scorn, ridicule and shame over all her husband’s scandals.

What I find far harder to admire is Michelle Obama’s decision to now publicly mock, denigrate and ridicule her successor.

And I find it even more unpalatable to admire that she did it whilst flogging her new best-selling autobiography. (It’s a great book, by the way).

There’s always been an unwritten rule that First Ladies don’t whack each other. Not least because they all know how tough the gig is, so why pour yet more fuel on the already ferocious fire?

It’s no secret that Michelle and Melania don’t get on, but there is no reason they have to.

Their apparent mutual dislike doesn’t mean they should openly criticise each other, particularly as a tool to sell books and make money.

Yet Michelle hasn’t stopped sniping at Melania for the past few weeks during her huge media tour.

In November, when asked if she could empathise with Melania’s claim to be one of ‘the world’s most bullied women’, Michelle snapped: ‘I can’t.’ Then she pointedly said she learned ‘not to take myself so seriously in this role’ by meeting with military families.

The message was clear: ‘Stop being so self-obsessed Melania.’

Michelle also revealed in another interview that Melania hadn’t reached out to her for any advice – another unnecessary revelation that she knew would attract huge headlines and provide further great publicity for her book.

Melania did finally respond to that last dig, getting her spokesman to say: ‘Mrs Trump is a strong and independent woman who has been navigating her role as First Lady in her own way. When she needs advice on any issue, she seeks it from her professional team within the White House.’

I didn’t blame her for saying this. Why should she bother calling up a woman who seems to delight in mocking her in public?

A while ago, Michelle Obama told the world her mantra was: ‘When they go low, we go high.’

How sad to now see the same Michelle Obama, a woman I greatly admire, now herself go so low simply to belittle her successor, flog a few more books and further line her already bulging pockets. 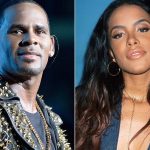 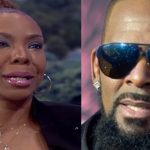