Pictures of Zimbabwean graduates dressed in graduation gowns while vending on the streets of central Harare have gone viral on social media. The pictures highlight the depth of the country’s problems, where the high levels of unemployment have forced graduates unable to put into practice what they have studied to work as vendors, something they certainly never envisaged.

Pictures of Zimbabwean graduates dressed in graduation gowns while vending on the streets of central Harare have gone viral on social media. The pictures highlight the depth of the country’s problems, where the official unemployment rate is 10 percent and the unofficial rate is believed to be a staggering 80 percent.

The pictures are captioned: “This is what we have been reduced to. Graduate vendors!!‪#thisgown”.

The photos highlight the predicament the country’s graduates face as they struggle to secure jobs. Zimbabwe’s colleges and universities churn out around  30,000  graduates every year, but the prevailing harsh realities are that graduates failing to find formal employment. 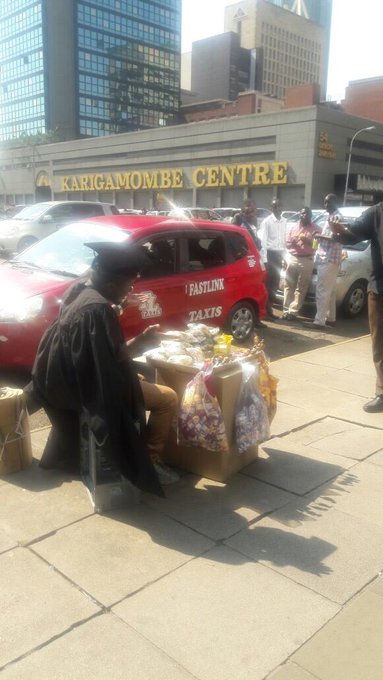 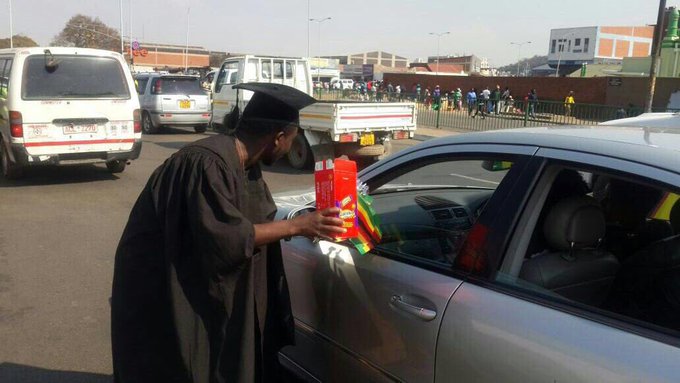 The deteriorating economic situation has forced graduates, (and retrenched professionals) to join the informal economy, working as vendors selling pre-paid airtime, fruits or any products available so that they can eke out a living.  Working as street vendors is  certainly not what any university or college graduate would ever have envisaged while still in school.

It has becomes a new reality in Zimbabwe that a college education no longer holds the promise of employment or guarantees a secure future for thousands of graduates them battle to find work.

As the economic meltdown unfolds, critics continue to blame the government for its economic policies, which have failed curb the rising unemployment. 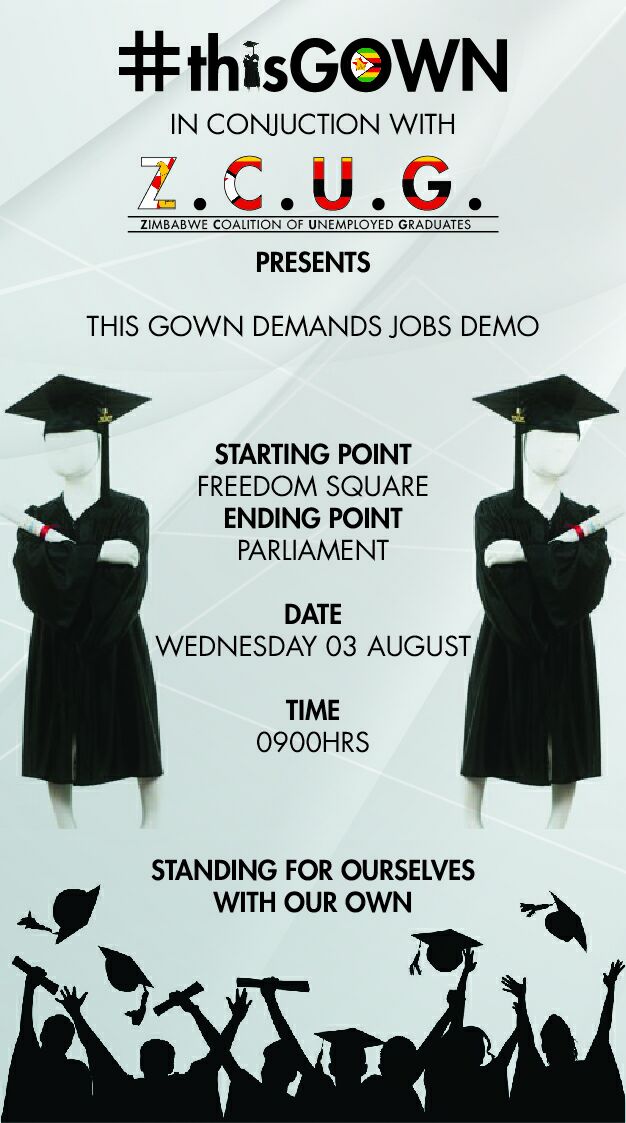 This is the day and this is the play #ThisGown #ThisFlag

With no respite in sight, unemployed graduates are planning protests is the coming weeks to demand for jobs and pressure the government to take action. On social media, unemployed graduates have been venting their frustrations under the hashtag, #ThisGown. There is certainly a growing impatience with the current situation, which means that the season of protests in the country is surely far from over.