His striking resemblance to Obama, made him a star of the small screen in his country. He appeared on an Indonesian TV show for an advertisement as Barack Obama and received other corporate advertising offers just for his look and likeness. Barack Obama attended school in Jakarta in the late 1960s, when his classmates knew him as Barry, while Mr. Anas was born and raised in Bandung, west of Java. Anas told the Reuters news agency: “I was at the airport in Malaysia in transit one day and a man approached me and asked me: Are you Obama? I was very surprised when he asked me to take a picture with him and bought me a meal. “I will take advantage of all the opportunities that present themselves to me, as long as they do not violate ethical codes and my personal values,” he added.

Everywhere he goes, his appearance attracts the attention of people and many of them struggle to take “selfies” with him.

He even admitted that it allowed him to value himself and be courageous.

“I see my resemblance to Obama as a blessing. I used to look at the mirror and I had a negative perception of myself. ” 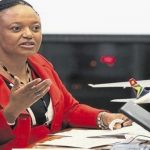 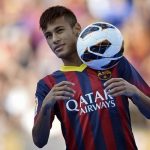