Google CEO and newly appointed board member Sundar Pichai is currently in Lagos for the Google For Nigeria event which is holding presently.

According to Mulpress, he tweeted a photo of Computer Village in Ikeja this morning and wrote:

Nigerians were quick to hop on the viral tweet with characteristic outspokenness, dropping advice and greetings for Mr Pichai.

Below are some of the responses he got and what Nigerians on social media have been saying about the Google visit to Nigeria:

Facebook and Google CEO in Nigeria less than one year of each other ,we are getting there

There is something about Nigeria. First it was Facebook and Now Google CEO… #GoogleforNigeria

why does it takes so long to have a @googlemaps locations in some areas of #Lagos I'm sure the govt is ready to participate if proposed!

Hello! Nigerians in diaspora welcome you to the great country. Would love to be a part of this great initiative

Life not complete without Google as a teacher! Enjoy Nigeria and tour its length and breadth.

Nigerians have access to sell apps on Google play… The only African country. What about South Africa?

"bros you wan repair or u wan sell, abi u wn buy, I de sell laptop,iPhone android, battery, ppk, any gadgets, I de buy too!" those CV boys

Great conversation all around today at #GoogleForNigeria! So much insights shared, kudos to @Google, @jehimuan and the Nigerian team! pic.twitter.com/wNsGU6SuHQ

Pichai is the chief executive officer (CEO) of Google Inc formerly the Product Chief of Google, Pichai’s current role was announced on 10 August 2015, as part of the restructuring process that made Alphabet Inc. into Google’s parent company and he assumed the position on 2 October 2015. 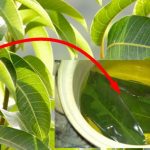 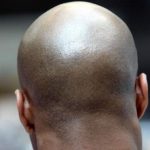