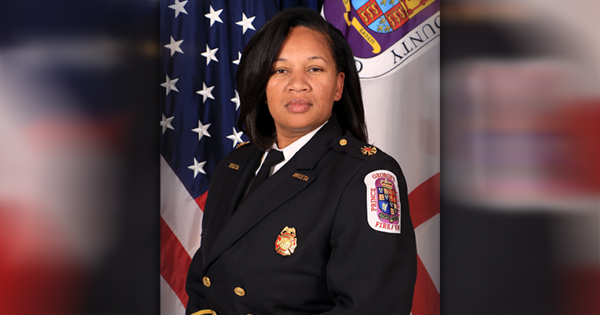 Chief Deputy Tiffany Green has recently been assigned as the fire chief in PG County, Maryland, making her the first African-American woman to lead the fire department of the wealthiest Black majority county in the nation.

Green is currently serving as an interim replacement for Chief Benjamin Barksdale who has retired after his 35 years in the fire service and 3 years as the fire chief in the county. Barksdale compared the transfer to “a relay [and] I’m handing off the baton to Chief Deputy Green.”

Once confirmed by the county council, Green will become the 13th fire chief in Prince George’s Fire Department, one of the most active departments in the country with almost 900 career firefighters and 1,000 volunteers.

Green, who has over 20 years of experience, has an impressive record. She holds a bachelor’s degree in public safety and biology, and a master’s in emergency and disaster management. She began volunteering at the Oxon Hill fire department since 1999 and from then, she served as a firefighter, paramedic, station commander, deputy fire chief, manager of the high school cadet program, and overseer of the training and leadership academy.