In a recent interview with Candace Owens for her show on Daily Wire, former U.S. President Donald Trump defended the COVID-19 vaccines, saying they’re actually effective and people who haven’t gotten the jabs are the “ones who get very sick and go to the hospital” after contracting it.

Trump touched on the topic after the controversial right-wing personality appeared to suggest people were questioning the efficacy of the vaccines as more people have died from the virus “under Joe Biden, than under you and more people took the vaccine this year.”

“Oh no, the vaccines work, but some people aren’t the ones taking it,” Trump interjected during Tuesday’s interview, per PEOPLE. “The ones who get very sick and go to the hospital are the ones that don’t take the vaccine. But it’s still their choice. And if you take the vaccine, you’re protected.”

ALSO READ:  Obama Is The First President To Come Out Of The White House 'Hating America' - Candace Owens

Trump added: “Look, the results of the vaccine are very good, and if you do get it, it’s a very minor form. People aren’t dying when they take the vaccine.”

Elsewhere in the interview, Owens also asked Trump about his stance on vaccine mandates. The 75-year-old replied saying, “Well I stand on, forget about the mandates, people have to have their freedom, but at the same time, the vaccine is one of the greatest achievements of mankind.”

The former president’s comments about the vaccines were re-echoed by the White House as Press Secretary Jen Psaki shared the snippet of the video and stated, “Just going to echo former President Trump here on the safety and efficacy of the vaccines. Merry Christmas eve eve. Go get boosted.”

Trump’s comments come after some of his supporters recently booed him after he said he had gotten the COVID-19 vaccine booster shot. “Look, we did something that was historic. We saved tens of millions of lives worldwide. We, together, all of us, not me,” Trump said over the weekend during an appearance on his joint History Tour with Bill O’Reilly.

“If you don’t want to take it, you shouldn’t be forced to take it. No mandates,” he added before making mention of “Operation Warp Speed” – a public-private partnership that was initiated by his administration to support and expedite the development of COVID-19 vaccines.

Trump also confirmed he had gotten the booster shot when O’Reilly asked him. “This was going to ravage the country far beyond what it is right now. Take credit for it,” Trump said, adding that the swiftness at which the vaccines were developed was “historic.”

In March, an adviser reportedly said Trump and his wife received the COVID-19 vaccine shots while they were still in the White House. And that was after he was hospitalized after contracting the virus. 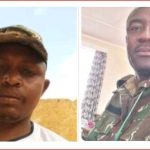 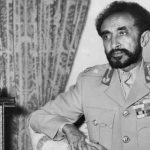