A black waitress was handed a menu featuring a hand drawn swastika — and when you hear who was sitting at the table, you won’t be surprised that the stupid & hateful symbol made an appearance.

Shelley Sidney works at the Antica Posta restaurant in Atlanta, and it’s safe to say this was the worst night of her serving career.

“I was really in tears when I was overhearing the conversations, the private conversations of just how horrible black people are, immigrants are, gay people are,” she told a local news outlet.

The main trigger for her was when she picked up a menu that someone had drawn the Nazi logo on. When she found it, she asked her boss to dismiss the party, but he refused based on their right to free speech.

That party, by the way, was led by David Irving. If you’ve not heard of this scumbag, he’s one of the world’s loudest Holocaust deniers. He’s made a career by pandering to neo-Nazis and claiming one of history’s most brutal genocides never happened. He actually did jail time in Austria, where it’s a crime to say the Holocaust didn’t happen, and has lost legal cases where he tried to prove Hitler was an OK guy. Seriously.

Ga. Waitress Furious After Man Hands Her Back Menu With Swastika Drawn on It  https://t.co/HEsLvveZwg via @TheRoot

Irving says he was unaware of the incident until he read about it in the media. He also says he gave her a healthy, well-earned tip for her efforts.

That’s little consolation to Sidney though. “I cried so hard and tried to pray that feeling off. I couldn’t shake it. At first I was hurt, now I’m pissed.”

The restaurant’s defense is fair, saying that they don’t do background checks on the people that make reservations. But if they could, hopefully this guy and his cronies would never be let in the building. 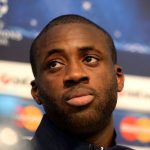