Sudan’s ousted long-time leader Omar al-Bashir was summoned for questioning on Tuesday over his role in the 1989 coup that brought him to power.

Bashir, who ruled Sudan until the military removed him in April following months of street protests, was charged in May with incitement and involvement in the killing of protesters.

ALSO READ:  Burundi Records Over 7 Million Malaria Cases in 2019 - WHO

He is already standing trial on charges of possessing illicit foreign currency and corruption. A verdict in that case is expected on Saturday.

“We believe that this is a political trial par excellence because 30 years have passed and many variables have occurred,” Mohamed al-Hassan al-Amin, a member of Bashir’s defense, told reporters of his summons on Tuesday.

“We do not know what happened in the investigation room. We have an agreement with President al-Bashir not to speak with this committee and to boycott it,” Amin added, referring to the investigative committee.

The ousted president’s prosecution is a test of how far power-sharing military and civilian authorities will tackle the legacy of his 30-year authoritarian rule.

The International Criminal Court in The Hague issued arrest warrants against Bashir in 2009 and 2010 on charges of war crimes, crimes against humanity, and genocide in Sudan’s Darfur region. 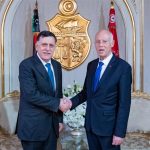 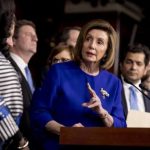