Globally acclaimed U.S media executive Oprah Winfrey made a surprise donation of over $1 million to the United Negro College Fund on Saturday.

The philanthropist made the gesture while addressing the 17th annual Maya Angelou ‘’ Women Who Lead’‘ Luncheon in California, United States.

ALSO READ:  Teenager, 17, Who Had No Bump, Didn’t Know She Was Pregnant Until She Was In Labour

Winfrey asked how much money had been raised so far. An individual responded with “$1,149,950”. The queen of talk show said, “So here’s what I’m going to do: I’m going to match that number.”

The United Negro College Fund was hoping the luncheon will raise about half a million dollars for students who historically attend black colleges.

Oprah is known for her philanthropic gestures. In January 2007, she established the Oprah Winfrey Leadership Academy for Girls (OWLAG) in South Africa.

Earlier this month, the media mogul announced the launch of a fully-funded fellowship program to empower African women in public service through her Oprah Winfrey Foundation. The fellowship will offer women from the continent an opportunity to study for free at New York University’s Wagner graduate school of public service. 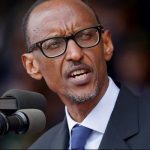 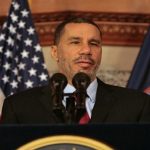