Dear David Cameron, Theresa May, Nigel Farage, the Daily Express, protesters in Germany, Katie Hopkins, Philip Hammond, anyone who has ever written a disparaging comment on a Mail Online article, police in Hungary, the governments of Bulgaria, the Czech Republic, Estonia, Hungary, the Netherlands, Poland and Slovakia, the people of Britain, Czech police, tourists in Kos, Tony Abbott, cartoonists, Ukip MEPs and people on Twitter.

Over the past few weeks and months you’ve been responsible for spreading anti-migrant and anti-refugee sentiment.

Some of you have used dehumanising language.

Some of you have reacted to this language by misunderstanding why people are trying to reach Europe.

Some of you have hauled refugees off trains and written numbers on their arms.

Some of you have simply built a wall.

Somehow you’ve lost sight of the simple fact that our fellow humans are in dire need of help, having fled death and destruction in their homelands only to face an even more perilous journey into Europe.

Somehow you’ve stopped seeing refugees, and they are refugees, for what they are, and tried to deny them the assistance they are legally, and morally, entitled to.

But it has to end, and end now. It has to end because people are dying in their thousands, because Europe’s reputation as a champion of human rights is disintegrating, because if we don’t act now we will regret it for the rest of our history.

It has to end because dead refugee children are being washed up on Europe’s beaches.

Our sister site The Independent published these pictures at the top of its website on Wednesday. They show a small boy, thought to be Syrian, face down in the surf of a beach in Turkey. We republish them for the same reason; if these pictures don’t change attitudes, what will?

Enough is enough. Attitudes have to change. See the human and not the imagined danger that anything is under threat apart from these people’s lives.

A refugee crisis unlike any other since the Second World War is unfurling on our doorstep and now is the time to help people who need it the most.

Whenever you think of migrants arriving in Europe, think of this image 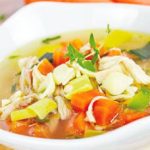 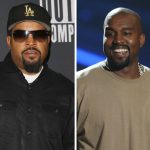