Oleksandr Usyk has returned the IBO, WBA, IBF and WBO world heavyweight title belts to Anthony Joshua after winning them off the British boxer on Saturday night.

The Ukrainian visited Joshua in his changing room at the Tottenham Hotspur Stadium shortly after the fight to give him back the belts after he had posed with them in the ring.

ALSO READ:  'He Holds A Special Place In My Heart" - Anthony Joshua Reacts To Mike Tyson's Expected Return To Heavyweight Boxing At 53 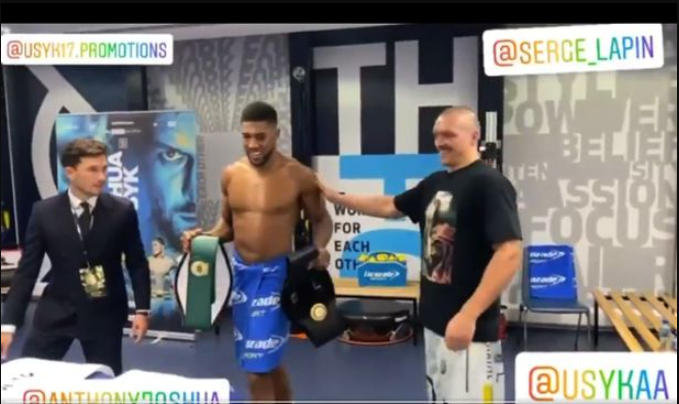 According to reports, Usyk will be sent a new set of belts after claiming the four titles with a dominant display in north London in his second bout in the heavyweight divison.

ALSO READ:  Wristwatch; This is Why Most Celebrities Never Play With Wearing It

Joshua said of their interaction: “In the changing room I said to him I’ll see you again and I’m looking forward to it.” 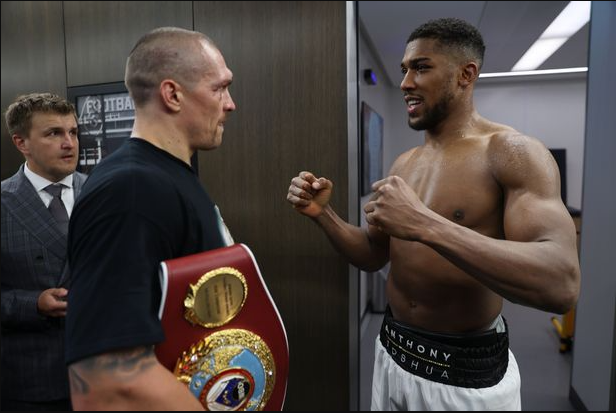 Usyk outclassed Joshua at the Tottenham Hotspur Stadium in London, with all three judges awarding him the fight by scores of 117-112, 116-112 and 115-113. He is now undefeated in 19 professional fights, picking up his third win in the heavyweight division.

Matchroom Boxing promoter Eddie Hearn told Sky Sports he expects Joshua – who wants a rematch with Usyk – to be an underdog if the two fight again.

He said: “He will want to go back in that rematch, and he will be the underdog in that fight but he has just been beaten by a pound-for-pound great.

“Joshua lives and breathes boxing, he is already talking about training again and he will be in the gym and ready to get back in again.