Forbes has released the 29th annual guide to the globe’s richest.

Bill Gates is once again the world’s richest after his fortune grew by $3.2 billion over the past year.

Carlos Slim Helu of Mexico comes in again at No. 2 while revered American investor Warren Buffett took back the No. 3 spot from Spain’s Amancio Ortega (now No. 4).

Five Nigerian made the cut – Aliko Dangote, Mike Adenuga, Folorunsho Alakija, Femi Otedola and Abdulsamad Rabiu. Orji Uzor Kalu and Tony Elumelu who made the list last year were dropped off the list this year. However, Aliko Dangote is the biggest loser on the list though after he lost $11 billion due to the decline of the Naira.

The youngest richest person on the list is 24 year old Evan Spiegel of Snapchat. Facebook’s Mark Zuckerberg moves up 5 spots to number 16, his first time ranked among the world’s 20 richest. Silicon Valley tech companies have spawned 23 new billionaires, including cofounders of car-hailing service Uber co founders, Travis Kalanick and Garrett Cam. Silicon Valley alone has 131 individuals with 10-figure net worths, more than any other country besides China and the U.S.

The country that was lost the most ground by far was Russia, which now has 88 billionaires down from 111, less than not just the U.S. and China but now also Germany and India.

There’s no doubt that entrepreneurship is thriving globally. Fully 1,191 members of the list are self-made billionaires, while just 230 inherited their wealth. Another 405 inherited at least a portion but are still working to increase their fortunes. 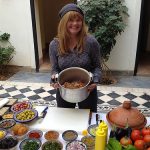