“His Majesty has passed away at Siriraj Hospital peacefully.”

The palace did not give a reason for his death but he has been sick in hospital with various ailments for much of the past year. Thailand has been developing rapidly and has undergone a little political stability during the last few decades and King Bhumibol Adulyadej was regarded as a pillar of stability, making his death a heavy blow for the citizens.

Over a thousand people gathered at the hospital where the king had been staying and many of them had started to cry as the news of his death broke. He was seen as head of an institution central to Thai identity and as a father-figure to the nation and anxiety about his health and questions about who would succeed him had caused such tension in Thailand, that two coups had been carried out.

The king’s son and heir apparent, the 63-year old Crown Prince Maha Vajiralongkorn, is expected to become Thailand’s new king. Prince Vajiralongkorn is yet to command the respect and adoration that his father drew after a lifetime on the throne.

The prince keeps a low profile but over the past two years he has taken on more of the public duties that King Bhumibol was no longer able to perform.

The country is expected to be in mourning for months and the coronation of the prince will not take place until the mourning period is over. 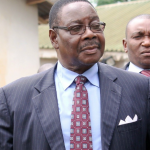 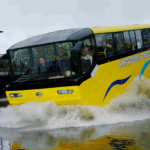