President Obama is set to address the United Nations General Assembly today for his eighth and final time as president.

Previewing the speech in a conference call with reporters, White House national securityadviser Ben Rhodes said the speech will be an opportunity for the president to both “review some of the progress that’s been made over the last eight years,” while also addressing the “great deal of unease about a range of issues” remaining before the international community today.

“I think the way the president will approach this is trying to apply what we have done that’s worked in the last eight years as a template for how we deal with other crises,” Rhodes told reporters Friday, pointing to the Paris climate agreement and Iran nuclear deal as specific examples of international cooperation that the White House views as successes.

Rhodes sought to make a contrast with 2009, the time of the president’s first address to the U.N., when the global economy was “in a complete free fall” and 180,000 troops were deployed in Iraq and Afghanistan.

“Today, it’s obviously very different,” he said. “The question is what are the approaches that we’re taking to deal with different challenges, and that’s what he’ll lay out in the speech.”

The president’s speech comes as fighting in Syria has resumed after the Syrian military declared Monday an end to the fragile ceasefire deal that was brokered between the United States and Russia just over a week ago, and in the same month that North Korea conducted its second nuclear test of the year.

U.S. Ambassador to the U.N. Samantha Power said the president will address the North Korean threat and need for a coordinated international response.

“Everybody wants to look to the U.S. to solve a range of problems, and we welcome the opportunity to lead, and recognize our indispensability,” Power said. “But I think North Korea is a great example where we have come together as an international community.”

Power specifically pointed to a sanctions resolution passed by the U.N. back in March that, she says, has been effective in impeding the regime’s ability to access important technology, but adding that its ultimate success hangs on “the world’s willingness to enforce this.”

“It’s no secret that the United States is going to enforce that resolution to the T, but for it be effective, as we saw in the case of Iran, all countries need to step forward, and particularly those with significant influence and significant ties with North Korea,” she said. 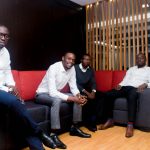 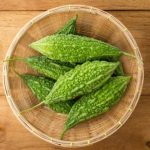