At Baltimore, Harlem Park, business is thriving for Albert P. Wylie. Twenty bodies rest in the refrigerated warehouse, waiting for embalming. The company Wylie Funeral Homes PA boasts of offering the final resting 95% of murder victims in the area.

“There are a few months, we made a ceremony to Scoota Lor, a local rapper shot. More than 2000 people came to him to pay their respects,” says the entrepreneur. Parked next to the hearse, a Maserati shines. This is Mr. Wylie.

The city of Baltimore has a homicide rate among the highest in the United States: 344 murders in 2015. The visit of our weekend, twenty people were injured mostly by gunshot.

Living behind the red line

the black neighborhoods are the most targeted. “This is what is called the red line, the no man’s land . Entire streets made of barricaded houses that the owners have abandoned long ago and which were taken over by the Municipality,” said Derrick Chase, a speaker who works with the Baltimore Stand up body.

No bank offers loans to all that is behind the red line. And for many years. This lack of capital has emptied entire areas of Baltimore, a city made up more than 60% of African-Americans.And poverty has taken up residence.

In front of a dilapidated building Gilmor Homes, a young drug dealer waiting for a customer.Marijuana, heroin, cocaine, pills, all drugs are sold openly.

The area is deserted by the police, who no longer patrol the area since the death of Freddie Gray in April 2015. This young unarmed Black died in the following arrest too muscular. None of the officers involved in the operation has been convicted.

The vote, “reserved to the people of the rich”

I can not tell you anything about the future. I have been in prison, I can not even vote.This is for people of the wealthy classes. It is they who determine who will be the next president. Not us, the people who most need help.

This young man has lost many of his friends died violently before 21 years old he has just achieved.

In most American states, prisoners have no right to vote in elections. And some states maintain the ban for life, even after the convicted persons serving their sentences.

An institutional segregationist that mainly affects African-Americans more likely to stay behind bars.

The law on the right to vote is threatened, our education system is rotten, there’s police brutality. […] We have to live with this kind of trauma, and President Obama has done nothing to help us.

“It is very embarrassing to live in a country without knowing if police will arrest you and shoot you,” said Sharif Ali Shafi, activist and contributor to the prisoners.

In the US, Blacks are six times more likely a white man to know one day the prison.

The story of Danny Braün is broadcast on October 16 at the show Désautels Sunday HERE Radio-Canada Première.

Still, the appeal of President Obama in his speech on race in 2008, where he asked the African American community to learn, found a sympathetic ear.

Albert P. Wylie, director of the funeral home, is very involved in the community, he wants to revitalize. school supplies for children, generous donations for the construction of the cultural center of Harlem Park; the future belongs to people who want to do something, he believes.

We must rely on ourselves to revitalize Baltimore. But we also need capital to our infrastructure and to keep people coming back to settle in the neighborhood.Baltimore has what it takes to succeed. 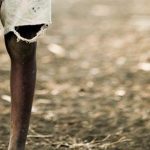 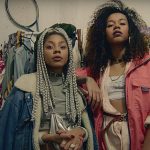