Twitter is reacting to the news that Joe Biden has been elected as the 46th President of the United States.

Biden was announced as the winner of the 2020 presidential election after a victory in the battleground state of Pennsylvania propelled him past the 270-vote electoral college threshold, ending Donald Trump’s hopes of re-election.

The democrat who turns 78 next month, will become the oldest president when he is inaugurated in January 2021 in the North American country.

His running mate, Kamala Harris, will become the first female vice president of the United States with the win. She is also the first black and South Asian Vice President.

In the after-hours of Biden’s victory, thousands of people have taken to Twitter to congratulate the Democrat on his win.

Jimmy Carter, the 39th president, said in a statement Saturday that he and his wife, Rosalynn, are “proud” of the Democrats’ “well-run campaign and seeing the positive change they bring to our nation.”

Bill Clinton tweeted that “America has spoken and democracy has won.” The 42nd president also predicted Biden and Harris would “serve all of us and bring us all together.”

America has spoken and democracy has won. Now we have a President-Elect and Vice President-Elect who will serve all of us and bring us all together. Congratulations to Joe Biden and Kamala Harris on your momentous victory!

Barrack Obama also issued lengthy statement, where he congratulated Biden and Harris on their victory.

Congratulations to my friends, @JoeBiden and @KamalaHarris — our next President and Vice President of the United States. pic.twitter.com/febgqxUi1y

Hillary Clinton described the election victory as ‘a history-making ticket, a repudiation of Trump, and a new page for America. ‘

“The voters have spoken, and they have chosen @JoeBiden and @KamalaHarris to be our next president and vice president. ?
?
It’s a history-making ticket, a repudiation of Trump, and a new page for America. ?
?
Thank you to everyone who helped make this happen. Onward, together

See other reactions below. 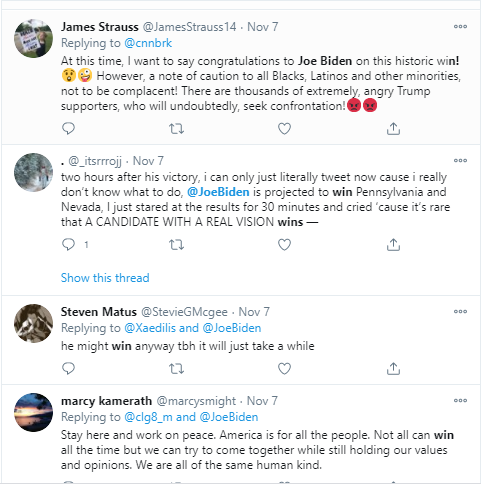 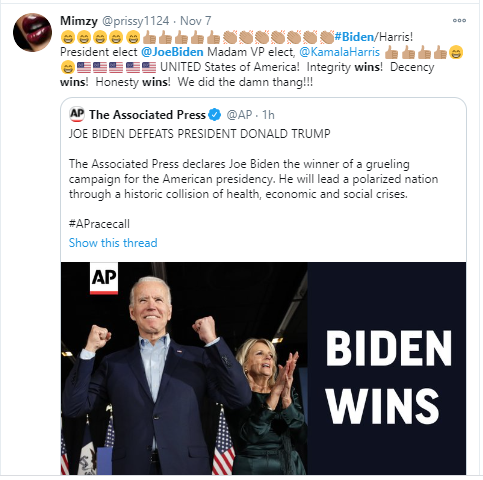 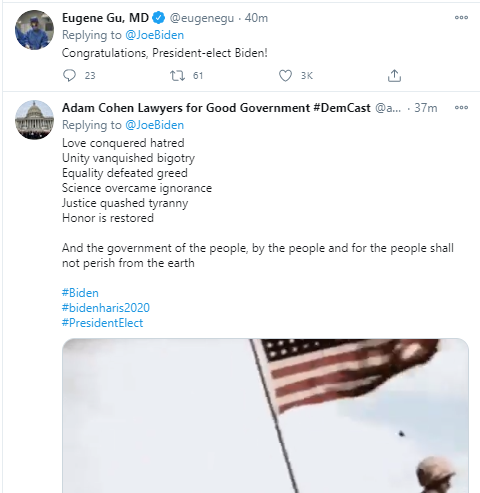 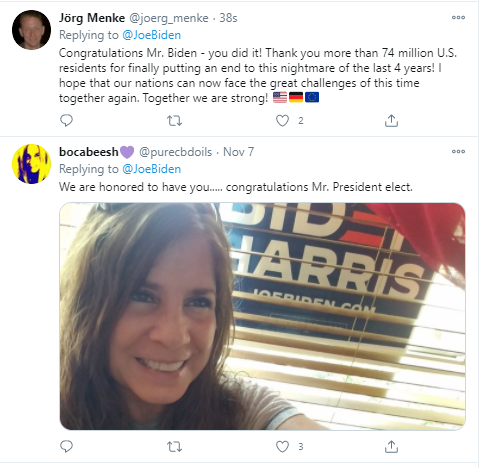 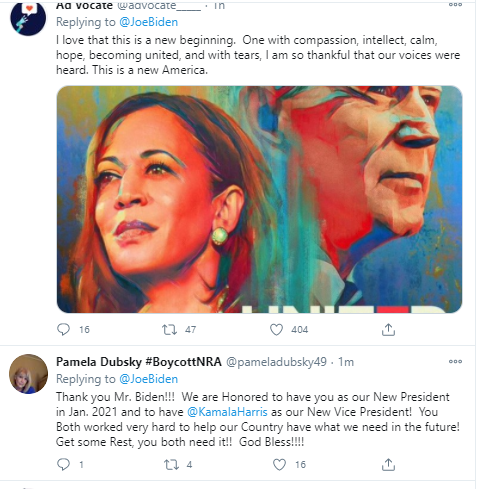 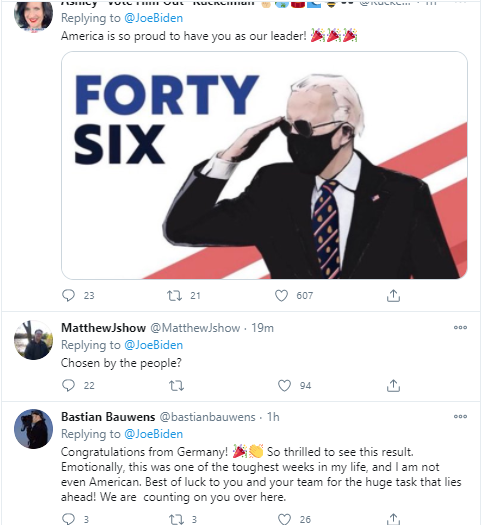