A White member of a Zoning Commission in North Carolina has been relieved of his post after he repeatedly ignored requests from a Black female academic to call her by her doctoral title during a meeting on Monday.

According to The Charlotte Observer, members of the Greensboro City Council voted unanimously in favor of dismissing Tony Collins as a member of the Zoning Commission on Tuesday following the hostile incident.

“It was a very disrespectful exchange between an important commissioner and a public citizen,” City Councilwoman Sharon Hightower said. “That should never happen.”

The confrontation occurred when UNC-Greensboro professor Dr. Carrie Rosario was having a meeting with members of the commission to discuss an issue she had with the construction of a project near her residence. Getting to the end of the four-hour meeting, Collins reportedly felt the discussion had been shifted to something else and addressed the professor as “Mrs. Rosario” when he was trying to get his point across.

“It’s Dr. Rosario, thank you, sir,” the academic, who holds a doctorate in public health, replied. But Collins ignored her.

“If Mrs. Rosario has something,” he said.

“It’s Dr. Rosario,” she reiterated. “I wouldn’t call you Tony, so please, sir, call me as I would like to be called.”

“I’m verbalizing my name is Dr. Carrie Rosario,” she said again. “And it really speaks very negatively of you as a commissioner to be disrespectful.” Collins, however, denied he was being disrespectful.

Speaking with fellow council members after the video of the heated exchange was played during Tuesday’s meeting, Hightower condemned Collins’ behavior, saying his refusal to heed Dr. Rosario’s request was him manifesting his “White privilege”, The Charlotte Observer reported.

Dr. Rosario was also taken aback by Collins’ subsequent dismissal, saying she was “shocked” by the council’s decision. “It was a welcomed surprise,” she said. “I do not believe his actions reflect the type of behavior the public needs or expects from its elected or appointed leaders.”

“I tried to give him the benefit of the doubt at first and corrected him, but as the exchange unfolded it was clear that he was intent on disrespecting me,” she said. “I was hurt, upset, angry — because this was a public forum — and the public should feel safe to be themselves, to present their concerns, and feel respected in the process.”

Dr. Rosario also reflected on how the incident was a stark manifestation of how Black women are “consistently dismissed and overlooked or judged in our society” irrespective of their academic background. She also said she wanted to be addressed by her title because of systemic racism, adding that that was also the reason she adequately prepared for the meeting “so as not to appear to be the stereotyped ‘angry Black woman.’”

“I cannot judge what is in Mr. Collins’ heart, nor would I presume to, but I will say that racism as a system devalues and dismisses Black women — and Mr. Collins’ actions were evidence of the microaggressions that we face on a regular basis just trying to go about our daily lives,” she told The Charlotte Observer. 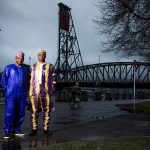 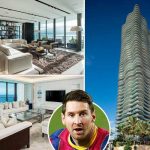