Kenya shows no signs of operating an “institutionalised” doping system, says a World Anti-Doping Agency report after a two-year study.

WADA launched an investigation into widespread doping in Kenya in December 2016, focused on distance running.

It found that 138 Kenyan athletes had tested positive for banned substances, 113 of them in competition, between 2004 and 1 August this year.

But WADA said there is “no evidence of an institutionalised system”.

In a report released on Thursday, it said: “The doping practices of Kenyan athletes are unsophisticated, opportunistic, and uncoordinated.

“Doping in Kenya is drastically different from other doping structures discovered elsewhere in the world.”

A WADA-approved anti-doping laboratory was established in the Kenyan capital Nairobi in August.

The 29-year-old denies wrongdoing but said in June he had given up trying to prove his innocence.

The Athletics Integrity Unit (AIU) said last month that Kipyegon Bett, who won 800m bronze at the 2017 World Championships in London, had tested positive for EPO, having previously been provisionally suspended from competition for “refusing or failing to submit” to a drugs test.

WADA’s report found the most abused substances were the steroid nandrolone and EPO, and that medical personnel were sometimes involved in helping athletes dope.

“Some local medical practitioners and quasi-medical personnel are unaware and/or wilfully blind to their role in facilitating the access of athletes and their entourage to prohibited substances,” the report said.

Kenya, a major force in middle and long-distance running, missed two deadlines in 2016 to prove to WADA that it was tackling cheating in athletics, following a series of positive drug tests and allegations of corruption.

The country was declared in breach of global anti-doping rules by Wada in May 2016 and threatened with sanctions, leaving Kenyan athletes at risk of missing the Rio Olympics.

However, Kenya’s anti-doping agency was removed from the “non-compliant” list shortly before the Games, after WADA said anti-doping legislation introduced by Kenya’s parliament had brought the country in line with the 2015 World Anti-Doping code. 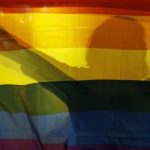 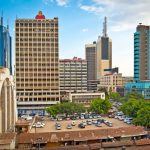