Obviously, 50 Cent and Floyd Mayweather like to clash from time to time on the web. What is special about their different clashes is that they do it anywhere.

Recently, 50 Cent was the first to take a picture of Mayweather fashionable Kaepernick / Nike. On September 5, 50 cents posted a photo hijacking with Floyd Mayweather, vindicating him on the alleged illiteracy of the legendary boxer.   Colin Kaepernick is the new face of Nike’s new advertising campaign.

An attack that obviously did not make laugh Mayweather who, very quickly, granted himself a right of reply.

In response, Mayweather took this Kaepernick type photo with the head of 50 Cent. In this picture, the undefeated boxer was then allowed to write:  “When I have a flare up, my boyfriends always do not worry about getting the strap!” (“When I have herpes that appears, my boyfriend always tells me not to worry, and take the hood “) . A pass that made many laugh the net!

ALSO READ:  Meet The One Leader That Survived 600 Assassination Attempts- Fidel Castro Had Nine Lives Like A Cat

The two men have also decided that they will not go on vacation together and that is a certainty. Despite these small spades, the fans of these two stars remain optimistic and think that the rapper and the boxer are very good friends. They just have fun on social networks and like to entertain the gallery. 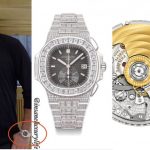 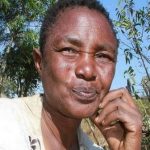