Nigerian President Muhammadu Buhari has submitted party nomination forms as he officially kick starts a bid to secure a second and final term in charge of Africa’s most-populous nation. 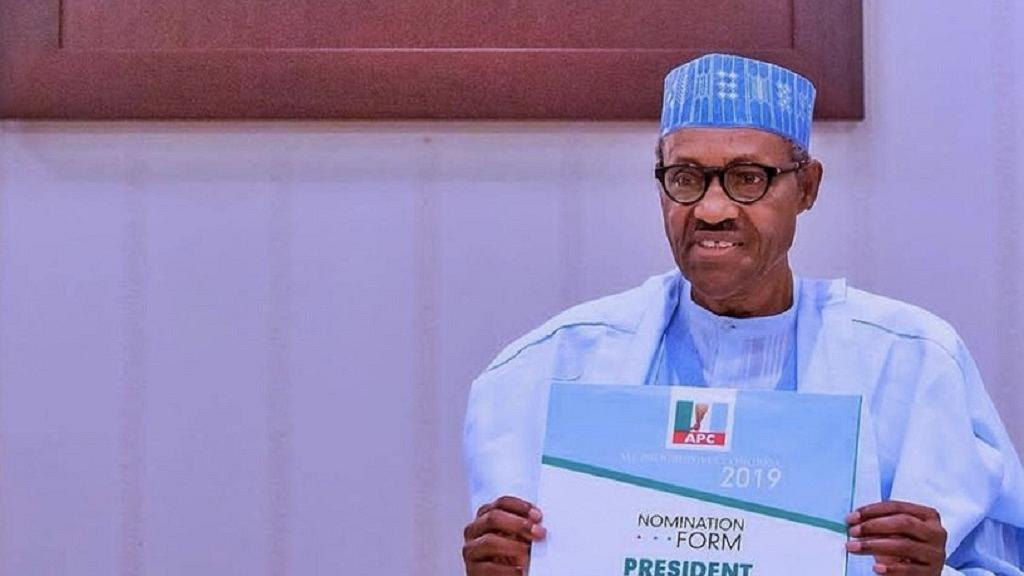 Buhari was at the Abuja headquarters of the All Progressives Congress, APC, to file his nomination papers. The party has yet to slate a date for the contest to become flagbearer even though Buhari is expected to be retained unopposed.

The septuagenarian in 2015 became the first opposition candidate in Nigerian history to defeat a current president. Buhari beat the then incumbent Goodluck Jonathan in his fourth shot at the presidency.

Let me today appeal to party members not to be complacent but to prepare, strategize and win in 2019 elections. We must not allow those who brought the country to its knees from 1999 to 2015 to come and take us back

He had on Tuesday received nomination forms which were bought for him by some benevolent Nigerians. He tasked the APC members to eschew complacency and do all it takes to retain power come February 2019.

“Today I put my name forward to my party, the All Progressives Congress, seeking nomination to contest the Presidential Elections next year. I assure party members and all Nigerians that, if nominated and if elected, I shall continue to serve you to the best of my ability.

“Let me today appeal to party members not to be complacent but to prepare, strategize and win in 2019 elections. We must not allow those who brought the country to its knees from 1999 to 2015 to come and take us back,” he wrote on Twitter.

Buhari was elected on a promise to defeat Boko Haram, resuscitate a slumping economy and fight corruption.

His scorecard remains mixed as security continues to be a headache especially against insurgent group Boko Haram. A mid-year spate of communal killings have also all but subsided.

A proportion of Nigerians still suffering from the repercussions of the 2015 economic recession remain disenchanted. His first term was also marked by a serious illness, not revealed to the general public, which forced him to spend months in London for treatment.

His opponents accuse him of having autocratic tendencies.

Former Vice-President Atiku Abubakar and Senate Leader Bukola Saraki who both defected from the APC to the main opposition Peoples Democratic Party, PDP, have declared interest to unseat Buhari. 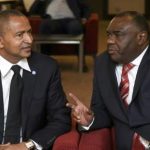 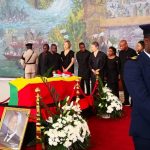