Oladapo Oyebanji, also known as D’banj, a Nigerian artist, has been arrested and detained by the Independent Corrupt Practices and Other Related Offences Commission (ICPC) on suspicion of fraud.

The rapper was apprehended and held on Tuesday when ICPC agents surrounded him and forced him to surrender at the agency’s headquarters in Abuja, Nigeria’s capital.

Insiders said D’banj had evaded summons for weeks, claiming to be overseas for scheduled concerts each time he was summoned for questioning about the allegations.

Investigators believe D’banj conspired with some government officials to put ghost beneficiaries on the scheme’s payroll. The stipends given to those recipients were later transferred to accounts allegedly linked to the celebrity.

The ICPC moved to arrest the artist anywhere in Nigeria and abroad after he refused to appear for interrogation despite several invitations, prompting him to appear at the commission’s office on Tuesday.

D’banj was interrogated and later imprisoned upon his arrival. Officials denied his request for administrative bail, claiming that if released on bail, the musician could not be trusted to attend his trial.

The ICPC is expected to ask the court on Wednesday for an extended remand order to allow the agency to complete its investigation before charging the musician in court.

Azuka Ogugua, the ICPC’s spokesperson, could not be reached for comment on this story. She is said to be attending a program in another country.

D’banj, a Nigerian singer, is no stranger to controversy. He was embroiled in a nasty issue regarding the alleged rape of a lady in 2018.

Benjamin Ese, a Nigerian model scout, said D’banj raped him on December 31, 2018, at a hotel in Victoria Island, Lagos.

According to him, his friend was forced to share her story after the Kokomaster joined in preaching against rape on his Instagram page as follows: “#NoMeansNo. We Need to Raise Our Sons right and Teach them to love and Respect Women. We Need Justice for Our GIRLS…Say NO to Rape, Racism, tribalism. Let us stop living in FEAR and HATE, and start living in LOVE…” 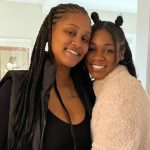 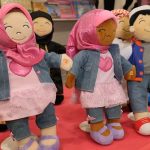