This December, things won’t be the same for John Boyega, as that’s when ‘Star Wars: Episode VII – The Force Awakens’ hits cinemas. The film is a sequel to 1983’s mega-hit ‘Star Wars: Episode VI – Return of the Jedi’ and the young actor will star alongside both old generation and new generation franchise stars like Harrison Ford, Carrie Fisher, Mark Hamill and the now-iconic droid characters. He will also be with series newcomers like Lupita Nyong’o, Daisy Ridley, and Adam Driver.

When it comes down to it, it’s not out of place that a 23-year-old from South London would land a role that every young actor in Hollywood would kill for. For starters, he has major acting chops, which are in full display in his previous work, an indie hit called ‘Attack The Block’. But the actor has also said in interviews that there was already contact between him and J.J. Abrams, the film’s director. He was a big fan of ‘Attack the Block’ and was waiting for a project where they could collaborate.

Any movie-lover would know the amount of drama that precedes the making of any movie in the Star Wars franchise, and just the casting took seven months. With the studio behind the franchise, Disney, being a mega-billion-dollar company, that comes with the territory and they wanted to make sure they got the right person for the job. 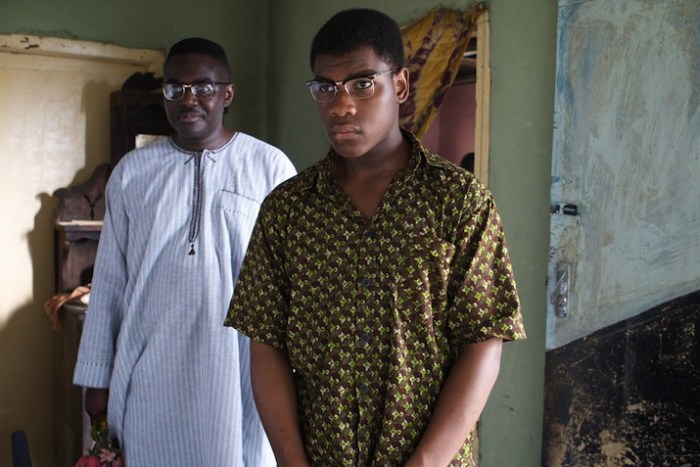 Filming began last May, and the young actor’s life became a veritable hurricane. He couldn’t believe his luck as a Star Wars fan who walked on set to see a full-scale replica of the famous fictional spaceship Millennium Falcon and meeting lifelong idol Harrison Ford, whose audition tapes from decades ago he had studied. In a flash, they were co-stars and gisting between scenes.

It was all a bit too much for Boyega, who has said in many interviews that he learned he got the part of a major character called Finn, over breakfast in London. Director Abrams told him: “John, you’re the new star of Star Wars,” and everything froze for a moment, he said.

In his 2011 debut, ‘Attack The Block’, Boyega played the leader of a gang who mugs a woman before helping her to safety as monsters chase them through the high-rise tower blocks of Brixton. Nigerian viewers can also immediately recognise him alongside Oscar nominees Chiwetel Ejiofor and Thandie Newton in the movie adaptation of Chimamanda Ngozi Adidhie’s 60s Nigeria-set ‘Half of a Yellow Sun’.

Before then, Boyega, born in Peckham, London, to Nigerian parents clinched his first role as a leopard in a play at his primary school at the age of five. But his father, who was a preacher, wanted the lad to follow in his footsteps. He was noticed by a director of theatre who saw him act in a primary school play and invited him to join the theatre school for talented children between the ages 9 and 14 after obtaining financial assistance. He attended Westminster City School as a teenager and later took part in various school productions and attended classes at Theatre Peckham. More small roles followed before he got his breakout role. 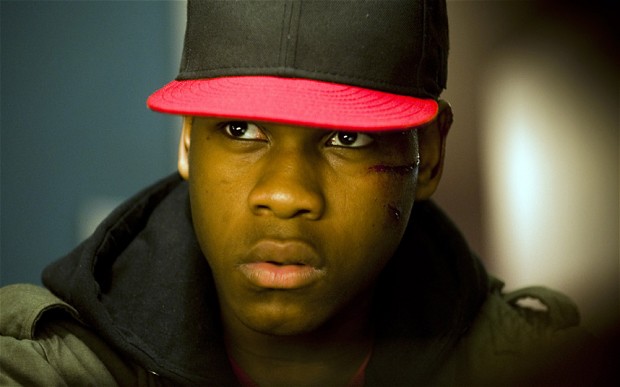 “All the films I’ve done have had a secret commentary on stereotypical mentalities,” he says in an interview he granted U.S magazine GQ. “It’s about getting people to drop a prejudiced state of mind and realize, ‘Oh, we’re just watching normal people.’” Part of this desire to smash preconceptions stems from reaction to his upbringing in a part of London more often associated with crime and gang culture.

Boyega says people write about how he was raised opposite where 10-year-old Damilola Taylor was stabbed, on the North Peckham Estate in 2000 as if that’s his story. He responded thus: “Absolute nonsense. I spent most of my time dancing and acting. Guns and knives mean nothing to me. I had a multicultural society to take advantage of. I worked hard and ended up where I am today.”

But the young thespian is lucky to have someone who has gone through a similar process for guidance, being mentored by Hollywood megastar Robert Downey Jr. at the moment. The much bigger star is helping the upcoming one prepare for how life is going to change. But the Iron Man star aside, Boyega is keeping his friends from way back. He said about that, “Most of the friends I have are just normal guys,” he says.

But there’s nothing normal about Boyega’s Star Wars character, Finn, who is described as being in conflict, mostly with himself and also with the powers he has. The actor refuses to disclose why this conflict exists, or which powers he means for that matter. Secrecy, as all fans know, comes with the franchise’s territory. In a trailer, we see the character in a Stormtrooper outfit and his own clothes as well, fuelling intense speculation by fans. The trailer broke viewing records on YouTube.com and it is evident it is going to be the highest grossing movie this year.

Boyega says he enjoys the fans’ speculation, wild as it may be. “It’s great they are talking, but nobody has a clue.” But the downside to the massive attention showed up when the film’s trailer was released earlier this year and a shocking majority of YouTube viewers seemed puzzled that a black actor was playing a Stormtrooper, showing in full glare the racist underbelly of the Internet. The actor famously replied via Instagram: “Get used to it.” And from the look of things, Hollywood should better listen to this bundle of talent with a mission. Star Wars: Episode VII – The Force Awakens is in theaters December 18.