Created by Brazilian illustrator and comic artist Hugo Canuto, Contos dos Orixás, or Tales of the Orishas, is the culmination of rigorous research after returning to his hometown of Bahia and building a strong creative team of comic book and animation professionals, African Digital Art shares.

For Canuto, Bahia is the home of Yoruba and Nago heritage. Seeking knowledge from scholars and experts of Candomblé, he was able to develop a comic universe that honors tradition and tells the stories of the orishas in a fresh way.

The illustrations of the orishas from the 90-page comic is what struck our eye. Inspired by comic master Jack Kirby, Canuto portrays Yemanja, Oyá/Iansã, Xango and more like the strong, powerful entities they are in their world.

Take a look at our favorite covers below, and keep up with the series on their Facebook page. 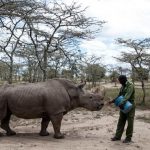 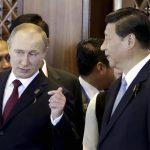