According to Vanguard In an interview with newsmen in Abuja, Public Relations Officer of Nigeria Customs Service, Wale Adeniyi, disclosed that the Comptroller-General of Customs, Col. Hameed Ali (rtd), has ordered the immediate lifting of the ban on rice importation from import restriction list and the re-introduction of import duty payment at land borders.

“Over the years importation has been restricted to the seaports because border authorities have found it difficult to effectively monitor and control importation of rice.

“When the decision to ban it (rice) was taken it was not an effective measure because smuggling of the product thrives with people using different means of conveyance including small trucks, bicycles and even animals – putting them on donkeys and some actually carry it on their heads.

“These new measures will be for customs to re-organize their anti-smuggling operations in the border areas and ensure that all those importers through the borders bring their rice through approved routes and pay their extant duty,” he said.

Our attention has been drawn to publications on various online platforms indicating that the Nigeria Customs Service has reversed the ban on Rice importation through the land borders. These reports were attributed to a press interview purportedly granted by the Service Public Relations Officer, Deputy-Comptroller Wale Adeniyi.

2. It has become necessary to re-state the true position in view of the confusion which these online publications may create in the industry. It is even more expedient to provide this clarification given that the fact that the Service has taken a firm position earlier in the week through a joint press conference with Stakeholders.

3. First, we like to reiterate the position that importation of Rice remains banned through our Land Borders, and we have the commitment of Partner Government Agencies and Stakeholders to enforce this restriction. While this restriction is in force, Rice imports through the Ports are still allowed subject to payment of extant charges.

4. It is equally important to restate the confidence of the Nigeria Customs Service in the ability of Nigerian Rice Producers to fill the existing sufficiency gaps in the supply of the product. The Service has noted with satisfaction the ongoing Rice Revolution undertaken by many State Governments, and Strategic Interventions by Federal Government Agencies. The Service is convinced that the bumper harvests expected from these efforts will address the supply gap in 2017. It is our belief that continuous waste of scarce forex on a commodity that can be produced locally makes no economic sense, most especially at a period of recession. The Service will therefore advocate a total Ban on Rice Importation into Nigeria with effect from 2017.

5. It is worrisome that the publications that resurfaced this weekend were being attributed to a Press interview granted in October 2015. We strongly suspect that some powerful forces behind Rice Smuggling are at work, recycling an old report under a different circumstance to create confusion. We urge Nigerians to watch out for similar antics as the firm stand on Rice smuggling will pitch their selfish interest against our national interest. 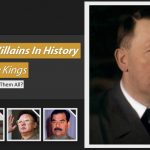 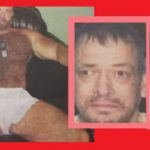