Previous Next
Newest Discovery – A latest research suggests that Cannabis could help prevent memory loss in the elderly ones.

The study, which was conducted by scientists at the University of Bonn with their colleagues at The Hebrew University of Jerusalem (Israel)

It is no news that before now it was found that a certain amount of marijuana helped in the treatment of some diseases.

As peculiar with the elderly, a cannabis treatment has the potency to cure the Alzheimer’s disease.

The Alzheimer’s disease is a cognitive neurological disorder which results in the death of brain cells and causes memory loss.

Old age comes with the aging of all organs of the body, the brain inclusive. Dementia which is a symptom of Alzheimer’s disease is a condition of an aging brain.

Researchers believe that administering the drug early enough can help to slow down the brain’s natural ageing process.

Psychologist Professor Andreas Zimmer of Bonn University in Germany, who participated in the research says that old age reduces the activity of the cannabinoid system

“With increasing age, the quantity of the cannabinoids naturally formed in the brain reduces,”

“When the activity of the cannabinoid system declines, we find rapid ageing in the brain.”

To arrive at their conclusions, a cannabis treatment was administered on a set of mice were used. A small quantity of THC was given to mice aged 2, 12 and 18 months over a 4 week period.

THC is the active ingredient in the hemp plant (cannabis). Cannabis smoker get “high” when the THC binds to the endocannabinoid receptor called CB1.

The researchers observed that the mental power of older mice were drastically improved. The part of the brain which controls learning, memory and emotions (hippocampal) was also found to be rejuvenated and working as those of young adults.

A good number of United States citizens are moving for the legalization of Cannabis for medical use. Germany seems to have joined the bandwagon.

According to Psychologist Professor Andreas Zimmer,

“Chronic, low-dose treatment with THC or cannabis extracts could be a potential strategy to slow down or even reverse cognitive decline in the elderly,”

“Together, these results reveal a profound, long-lasting improvement of cognitive performance resulting from a low dose of THC treatment in mature and old animals.”

“THC treatment for 28 days restored the learning and memory performance of mature and old animals in the water maze, novel object location recognition and social recognition tests to the levels observed in young mice.”

With information obtained from the research, the test is intended to be carried out on humans later this year.

Zimmer says that the recommended dosage for humans has not be determined; assuming it improves the brain condition as it did with the mice.

“In safe doses the compound could improve their brains. It’s possible it could delay the onset of Alzheimer’s disease, but that’s pure speculation.”

“We hope to start clinical trials by the end of the year with a hundred – or even hundreds – of people. 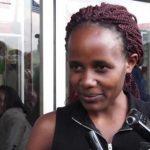