As gunshots ring out in one of South Africa’s most dangerous neighborhoods, a new technology detects the gun’s location and immediately alerts police.

South Africa is the first country outside the United States to implement the “shotspotter” audio technology, which is also being used to fight wildlife poaching on the other end of the country in Kruger National Park.

The technology’s use in Cape Town’s notoriously violent Cape Flats area has contributed for the first time this year to a conviction in a gang shooting. Police hope more will follow.

“About 13 percent of gunshots are reported by the public. Now we respond to every single incident, very rapidly,” said City of Cape Town Alderman J.P. Smith, who instituted the technology in the Manenberg and Hanover Park neighborhoods in 2016. “It’s accurate to between 2 meters and 10 meters (6 feet to 33 feet) of where the shot was fired.”

The recovery of illegal guns has jumped five-fold in the areas where the shotspotter is used, Smith said. The technology also provides accurate data about gun violence.

South Africa has one of the highest rates of murder in the world. On Tuesday, police announced that the rate was up about 7 percent, with 20,336 people murdered between April 2017 and March, compared to 19,016 in the previous year. Many were linked to gang violence in Western Cape province, whose capital is Cape Town. 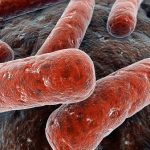 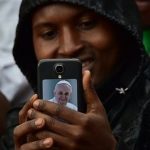