A new study conducted by a team of researchers from Victor Chang Cardiac Research Institute in Sydney suggests that Vitamin B3, also known as Niacin can help in the prevention of miscarriages and other birth defects.

The researchers observed a couple of families with cases of miscarriage and birth defects.

Led by Professor Sally Dunwoodie, the team discovered a situation whereby a gene mutation had affected the production of the molecule nicotinamide adenine dinucleotide (NAD).

NAD is an enzyme resonsible for energy production, DNA repair, and cell communication.

The researchers replicated the discovered condition in the mice used for the study. They did this by removing 2 genes that were responsible for the defects from the mice. The removal however did not alter the NAD production in the mice. It remained normal.

Further probing revealed that the mice were fed on Vitamin B3 rich foods. This according to the team, was responsible for the alternative production of NAD.

When the vitamin was totally removed, some of the mice died while the surviving ones had defects.

In other words, the practical proved that the lack Vitamin B3 can cause the miscarriages and some other birth defects. In the same way the sufficient intake of niacin can boost the health, safety and formation of the foetus.

The new study has helped to proffer a better way of ensuring the safety of babies during pregnancy.

Statistics shows that about 7.9 million babies born each year with a birth defect worldwide; and over 3.3 million children under the age of five currently die from serious birth defects every year.

The latest discovery can help zero down the number of heart, spinal, kidney and cleft palate problems.

“The ramifications are likely to be huge,”

“This has the potential to significantly reduce the number of miscarriages and birth defects around the world and I do not say those words lightly.”

“Now, after 12 years of research, our team has also discovered that this deficiency can be cured and miscarriages and birth defects prevented by taking a common vitamin,”

Australia considers this medical finding as one of the greatest ever breakthroughs in pregnancy researches. Considering that the dosage administered to the mice varies from humans, the research team had said the experiment will still be carried out on human beings in order to have a conclusive hypothesis.

Victor Chang Institute is certain that this discovery will be of great good to pregnant women and the society at large.

Professor Robert Graham, the executive director of the Institute expressed his delight over the outcome of the study.

“We believe that this breakthrough will be one of our country’s greatest medical discoveries,”

“It’s extremely rare to discover the problem and provide a preventive solution at the same time. It’s actually a double breakthrough… This will change the way pregnant women are cared for around the world.” 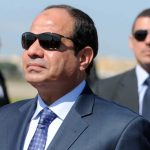 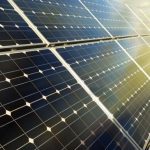