Doctors and researchers across the globe have been searching for a cure for HIV for quite some time now. With the huge amount of time, money, and effort spent on research, there is clear cut of hope that these researches could find the eventual cure to one the world’s most deadly viruses.

Because of educational material surrounding ways people can prevent from being exposed to HIV, one would assume that people would heed the advice. However, that’s not always the case.

A new pill on the market is attempting to protect against HIV. In fact, this pill is said to be used by young men who have intercourse with other men. According to a story published in the Daily Mail, “In a diverse group of teen boys at high risk for HIV infection, pre-exposure prophylaxis (PrEP) in the form of a pill that combines the drugs emtricitabine and tenofovir disoproxil fumarate was well tolerated, researchers found.

‘I do hope clinicians increase their comfort with being able to provide PrEP to adolescents,’ said lead author Sybil Hosek, a clinical psychologist and HIV researcher at Cook County Health and Hospitals System’s Stroger Hospital in Chicago.”

Hosek is hoping the data will be accepted and approved by the Food and Drug Administration. So far, the pill is approved for HIV prevention in adults. With the approval, younger people can use the pill.

“The drug was first approved by the FDA in 2012 as Truvada, which was marketed by Gilead. Trials found that the drug reduced the risk of HIV infection by over 90 percent. But little evidence was collected on its use among gay and bisexual adolescent males, who are among those most at risk for HIV infection.”

Here’s what you need to know about PrEP:

Truvada is the trade name for a certain type of PrEP (‘pre-exposure prophylaxis’) drug. This drug in particular is fixed-dose combination of two anti-retroviral drugs, tenofovir and FTC, in one pill. They work together to interfere with an enzyme which HIV uses to infect new cells, slowing down the virus’s attack or preventing it altogether. The drug is designed for people that have not yet been exposed to the virus to protect themselves against it. Alternatively, people who have been exposed can take PEP (post-exposure prophylaxis), a month-long course of drugs started within 72 hours of exposure.”

Above all else, safety and precaution are always ‘very very’ important. 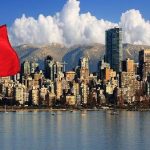