The economic performance of sub-Saharan African countries will fall this year due to low commodity prices and tight financial conditions, according to a report by the World Bank. Titled “Africa’s Pulse: An Analysis of Issues Shaping Africa’s Economic Future,“ the report shows that the region’s economy is expected to grow by just 1.6 percent, down from 3 percent in 2015. This would be the lowest economic growth in sub-Saharan Africa in more than two decades.

According to the report, this is partly due to trends that are adversely affecting the region, such as droughts caused by climate change and political insecurity.

Tight financial conditions have paralyzed several economies in the region as interest rates have been raised by African Central Banks to curb inflation. This has been the case in countries such as Uganda, Kenya, and Ghana.

The situation is even more bleak for sub-Saharan African countries that rely on oil exports such as Nigeria, Sudan, South Sudan, and Niger.

South Africa, which relies on the European market for their raw products, saw a decline in their earnings earlier this year, due to the United Kingdom’s decision to leave the European Union.

However, there appears to be some hope amidst this gloom. East African countries such as Rwanda, Ethiopia, and Tanzania are recording an average annual economic growth of 6 percent.

This positive performance is due to the strong economic and governance policies adhered to in these countries.

“Such countries have a stronger quality of monetary and economic policies, a better business regulatory environment, more diverse structure of exports and more effective public institutions,” explains the report.

It is against this context that the report predicts the moderate rise of sub-Saharan Africa’s economy moving forward. According to the report, the economy in the region will surge from 1.6 percent this year to 2.9 percent next year. It will then shoot to 3.6 percent by 2018.

The report argues global economic trends are likely to be more favorable by then, resulting in the stability of prices of goods and services, in addition to lower inflation. This will encourage people to consume more products and services and invest their earnings into profitable ventures. 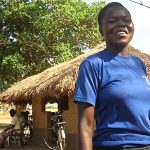 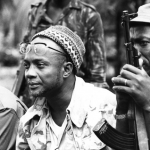