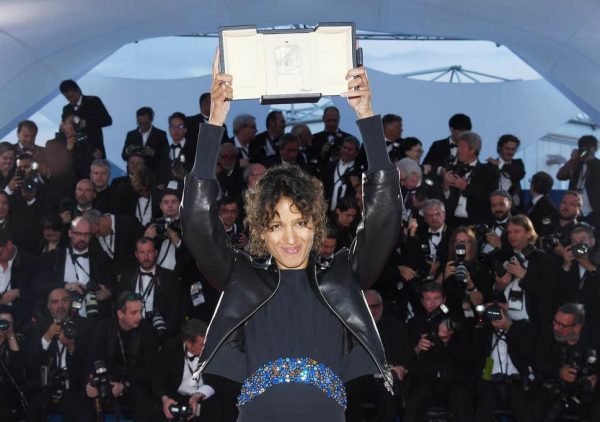 HowAfrica reports that ‘Atlantics’ is a feature debut of French-Senegalese filmmaker Mati Diop, and has earned her the second-most prestigious prize of the festival after the Palme d’Or.

‘Atlantics’, written and directed by Diop, is a Senegalese drama film about sexual politics among young migrants.

The silver prize, for ‘Atlantics’, has given Diop an indelible place in theatrical history as the first black female filmmaker to win an award in Cannes Film Festival’s 72-year history.

The feat has proven to be one of the biggest breakouts at Cannes this year, as the film has reportedly been acquired by Netflix.

Netflix has signed international rights for the Grand Prix winner as well as an animated film ‘I Lost My Body’, which won the Cannes Critics’ Week Award.

However, the company has not announced when the films will be released on the platform.

The acquisition represents Netflix’s ongoing aggressive interest for Africa motion picture sector in recent times where there is still a relatively untapped source of talents and contents.

Earlier this year, it announced its acquisition of South African drama “Shadow,” which was released globally as a Netflix Original on March 8.

It was also picked as a Netflix Original movie and was released worldwide on January 4, 2019.

In December 2018, the company reportedly signalled that it planned to get serious about ordering/acquiring original series and films from the African continent, created by Africans.

He said: “There is an exciting new generation coming out of the African continent and women are making half of [those works], if not more.

“We’re sensing a simmering in Africa, women are driving it and Cannes is its arena.”

HowAfrica reports that Diop and French-Malian Ladj Ly were the only filmmakers of African descent represented in the competition section at the world’s most prestigious film festival this year.

Meanwhile, Ladj Ly’s feature debut “Les Miserables” which also premiered in competition and picked up a jury prize, was acquired by Amazon.