The National Basketball Association (NBA) is set to open an academy in Africa next year in an effort to unearth talent from outside the United States and extend the league’s reach into new territories.

According to the NBA website, the academy will be based in Thies, Senegal, and follows similar NBA projects opened this year in China, which has three academies, and Australia. Another academy in India is set to start operating in April.

The African academy which will be NBA’s sixth, which is due to open next spring, will take the most talented boys and girls from age 13 and up.

The international academies, elite training centers for boys and girls at under-16 and under-18 level, are “the biggest investment the NBA has ever made in basketball development globally,” said Brooks Meek, NBA vice president of international basketball operations.

“We are moving full force ahead and are really excited by the progress we’ve made,” Meek told The Associated Press.

Amadou Gallo Fall, NBA vice-president and managing director for Africa, has told the BBC that preliminary trials are being held in Senegal over the next couple of days, as part of the first phase of finding new African talent.

“We are no different than any other global company – Microsoft, GE – when they want the best programmer, the best engineers; they invest in the training and development.”

The dream for many of those who get onto the programme will be to play in the NBA and make the big time.

Mr Fall however says that those who don’t become household names will not be left behind:

“The unique thing is young players who are… lucky enough to be selected will be nurtured holistically and they will still have the opportunity to pursue a college degree, no matter whether they’re talented enough to make into the NBA straight out of the academy.”

“Let’s say somebody gets hurt, we’re still going to make sure that they continue their journey to success just through education.”

The NBA has made two big plays in Africa over the last year-and-a-half, holding an exhibition game in South Africa in August 2015, the first on the continent, and signing a new trans-African broadcast deal in April.

NBA Commissioner Adam Silver was in Johannesburg for the exhibition game and said it was part of the league’s plan to have a pre-season and then regular-season game in Africa. At the time, Silver said the NBA was on a “fast track” to build a brand in soccer-crazy Africa.

The NBA will begin scouting for the African academy’s first class of 12 young players this week, Fall said. 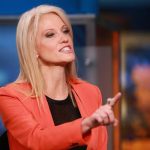