Namibia’s Founding President Sam Nujoma is doing well and there is absolutely nothing that should be of concern to citizens in terms of his health, the presidency said in a statement on Monday.

The presidency issued a statement, following what they have since deemed baseless and unwarranted allegations pertaining to the health of the founding president.

“It is wholly deplorable that there are malicious individuals who are peddling fake news, misinformation and disinformation about the health of the Founding President,” the presidency said, adding that such acts are nothing but an attack on the integrity of the founding president, who should be allowed the necessary privacy without undue conjecture and rumour-mongering about his health.

The presidency meanwhile, encouraged reporters, journalists and the broader Namibian public to desist from relying on fake news sources and gossip, whose objective is polluted disinformation, and only with the objective of creating undue panic within the population.

“The Namibian government is committed to transparency and accountability, which implies a robust commitment to informing the public about significant developments in the country. Therefore, for social cohesion, Namibians are encouraged to remain vigilant in the fight against fake news and misinformation, and only rely on verified sources of information,” it said. 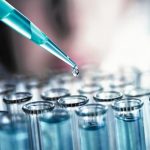