The opposition which fears that President Hage Geingob could use them rig the result, had petitioned court opposing the EVMs.

Geingob is expected to win with the election a reduced margin owing to voter anger over the worst economic crisis since independence from apartheid South Africa three decades ago.

The use of voting machines has been controversial both within and outside Africa. Critics say they make it easier to fiddle the result than traditional pen and paper ballots.

However, Magistrate Uaatjo Uanivi ruled that the tribunal has no jurisdiction to forbid the electoral commission from using them.

Opposition leader McHenry Venaani told reporters he was disappointed with the ruling.

“EVMs (electronic voting machines) in their current form do not address the question of transparency of the vote and I thought the court would put more effort into addressing (that) … question,” he said.

In Congo, opposition candidates credited the use of such machines with enabling alleged fraud in the election that brought President Felix Tshisekedi to power last December.

In that election, the machines were produced by South Korean company Miru Systems. Namibia’s voting machines were supplied by majority state-owned Indian company Bharat Electronics. Their use in Indian elections has also been controversial.

Among the nine challengers hoping to capitalise on this are a member of his own SWAPO party, dentist Panduleni Itula, who is running as an independent. The southern African country will also elect 96 members of parliament.

A faltering economy, one of the worst droughts in living memory and the biggest corruption scandal in Namibia’s history have dented President Geingob’s popularity among its 1.3 million registered voters.

Namibia uses a majority system for presidential elections, in which the candidate with more than 50% of votes is declared the winner.

Regional and international observers have largely declared Namibia’s past elections as fair and credible, although the use of voting machines may test whether they can stay that way. 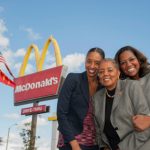