A Namibian Grade 12 learner Simon Petrus who recently made headlines after he invented a sim-less mobile phone, which makes free calls using radio frequencies has been offered a tertiary education scholarship by the country’s telecoms operator Mobile Telecommunications Limited (MTC).

Petrus is a learner at Abraham Iyambo Senior Secondary School, created the phone using spares from a phone and television set. Complete with a light bulb, fan and charger socket, the handset functions off power supplied through a radiator and is able to make calls to anywhere through the use of radio frequencies.

The invention, which is made up of a radio system, is attached to a box and also allows the user to view one TV channel on it. He is also able to watch NBC1 TV on his box.
No stranger to the world of creation, Petrus is reported to have won a gold medal at national level last year for his invention of a two-in-one machine that works as both a seed drier and cooler. The shy learner has admitted to working on his invention for two years through money provided by his unemployed parents.

Petrus claims that he invented the phone in the hopes that it would be successful and be able to be carried further.

Following the invention, MTC has guaranteed to fund Petrus’ university studies to pursue his dreams.

MTC Chief Human Capital and Corporate Affairs Officer, Tim Ekandjo, presented a letter of commitment to the young inventor, agreeing to fund his studies towards a technology degree of his choice upon completion of his high school studies,  according to an MTC press release.

Ekandjo, commended Petrus for his extraordinary and brilliant invention and said the country needs more innovative people like Petrus to ascertain that the future of technology in the country is bright, the statement noted.

Ekandjo revealed that the company does not usually fund learners from grade 12, but MTC  is proud to make an exception.

The news of the scholarship is being celebrated on social media, and users continue to commend the telecoms company for investing in the tech potential of Namibia’s young people.

Last year Petrus won a gold medal at the NamPower national schools’ competition, after he invented a machine that serves as a seed drier and cooler. 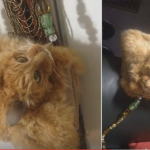 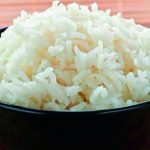