Sometimes last year, the Namibia government proposed a plan to compel majority of the white-owned businesses in the country to sell out at least 25% of the stake to black business counterparts but all seems the government is making a U-turn in his initial decision.

Namibia has scrapped a clause in its economic empowerment framework that would have forced white businesses to sell a 25 percent stake to previously disadvantaged blacks, President Hage Geingob said on Wednesday.

Making the announcement during his state of the nation address, Geingob said a revised National Equitable Economic Empowerment Framework (NEEEF) draft bill will be proposed in Parliament before the end of 2018.

“The 25 percent equity stake will not translate into broad-based empowerment and is done away with,” Geingob said.

The 25 percent equity stake will not translate into broad-based empowerment and is done away with.

Namibia’s intention to widen ownership in the economy is similar to that of South Africa where companies are required to increase black ownership by selling shares to groups who were excluded before 1994 under white-minority apartheid rule.

Referring to findings by a University of Namibia professor, Geingob said most Namibians, especially the previously disadvantaged, do not have enough resources to invest in empowerment transactions, nor are they able to obtain access to funding to participate in such transactions.

Geingob said the role of government was to create a conducive business environment where owners, whether black or white, who can afford risk capital, can participate in equity transactions under NEEEF.

Ratings firms Fitch and Moody’s cut Namibia’s debt to sub-investment grade last year partly due to the uncertainty of Namibia’s economic recovery brought about by certain aspects of the economic empowerment plan.

Black economic empowerment has also faced challenges in South Africa, with uncertainty around ownership levels in the mining sector have deterred investment in a sector that accounts for 8 percent of the country’s economic output. 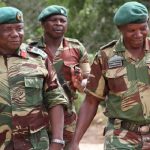 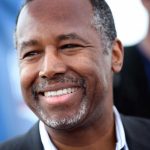