Ugandan president Yoweri Museveni took a moment this week to comment on the US presidential election results. “Mr. Trump won the election in the USA against our longtime friend, Hillary Clinton. Although Hillary won the popular vote, Mr. Trump won the Electoral College vote. That is their system which we must respect,” he said in a lengthy missive on Nov.24 that he “felt compelled” to write.

It’s likely a moment of satisfaction for Museveni, who was reelected in February in an election that Western observers deemed as falling short of key “democratic benchmarks.” Trump’s antipathy toward the media, disdain for international institutions, and isolationism are a welcome change for African leaders like Museveni, in power for 30 years, who have long been criticized by the US for those same tendencies. Museveni was among several strongmen African leaders who rushed to congratulate Trump after his win.

Museveni blamed “Western aggression” in the Middle East and North Africa for a global wave of migration and backlash that caused Hillary Clinton to lose the presidential race and Britain to vote to leave the European Union. Taking a page from isolationist campaigns in the US and UK, he called for an African version of America’s Monroe Doctrine, established under president James Monroe in 1823 which opposed European interference in the Americas, to protect African countries from further Western encroachment.

“The [African Union] needs to put out a “Monroe doctrine” of sorts… Otherwise, the present African leaders will have let down Africa like the precolonial chiefs did between 1400 and 1900 when the European imperialists slowly penetrated Africa while these chiefs could not unite to defend us against the slave trade and colonialism,” he wrote. 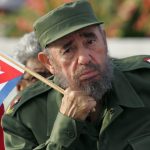 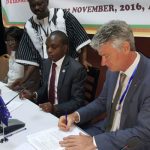