In the new season of the program Beyond Beauty , iD and Grace Neutral go to meet Brazilians who, each in their own way, celebrate the diversity of feminine beauty.

Last May, iD led us to a frantic trip to the heart of Seoul, capital of South Korea, led by activist and French tattoo artist Grace Neutral. This immersion in the land of K-pop, where cosmetic surgery is queen but the Criminal tattoo, was the first season of Beyond Beauty , a documentary series that aims to explore the concept of beauty throughout the world, and to question aesthetic standards imposed on women.

For the second season of the program, Neutral Grace takes us to Brazil, a widely fantasized destination for its sandy beaches but also for its women deemed to have a plastic dream. And in a society where Gisele Bündchen, Adriana Lima and Alessandra Ambrosio other was elevated to ideal, it is sometimes difficult for a young woman to accept, to affirm its uniqueness.

So to prove that beauty is not necessarily the one that is found plastered in a magazine, Grace Neutral went to meet Brazilian who had the courage to impose and expose their identity in the eyes of this often sexist society, mocking of what will be said.

We discover and Priscila Thays, owners of the female tattoo parlor Sampa Tattoo , the skinheads do much talking; actress and Afro-Brazilian model Nayara Justino, destitute of her queenly status TV because of racist Internet; or Lay , a rapper whose lyrics condemn sexual harassment of the Brazilian. So many fascinating and heartbreaking stories that remind how the feminist struggle is far from over.

freelance journalist based in Paris. Music, fashion and tattoo, mainly. 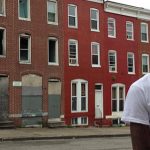 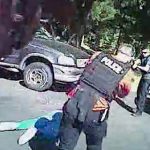